Where to see King Penguins in the wild

Where to see King Penguins in the wild

Penguin watching is immense fun! Found only in the southern hemisphere, penguins are flightless birds that are full of character – and colourful too, especially for species such as the King penguin.

Penguin watching is immense fun! Found only in the southern hemisphere, penguins are flightless birds that are full of character – and colourful too, especially for species such as the King penguin. Kings are the second largest of the 17 species of penguins – and many consider them the most beautiful! They have a striking orange yellow patch on their beaks and both sides of the head, stretching down to their chests. Sleek and with a silvery grey back, Kings are the epitomy of elegance and truly befit their regal name. Along with Emperor Penguins, King Penguins are the ones most commonly portrayed by the media, often appearing in movies.

King penguins are sometimes confused with their larger cousin the Emperor, but they live in very different locations. Emperors are found to the far South and breed on the frigid fast ice surrounding the Antarctic continent, whereas Kings are found further north, exclusively in the sub-Antarctic islands – and they actually hate ice! 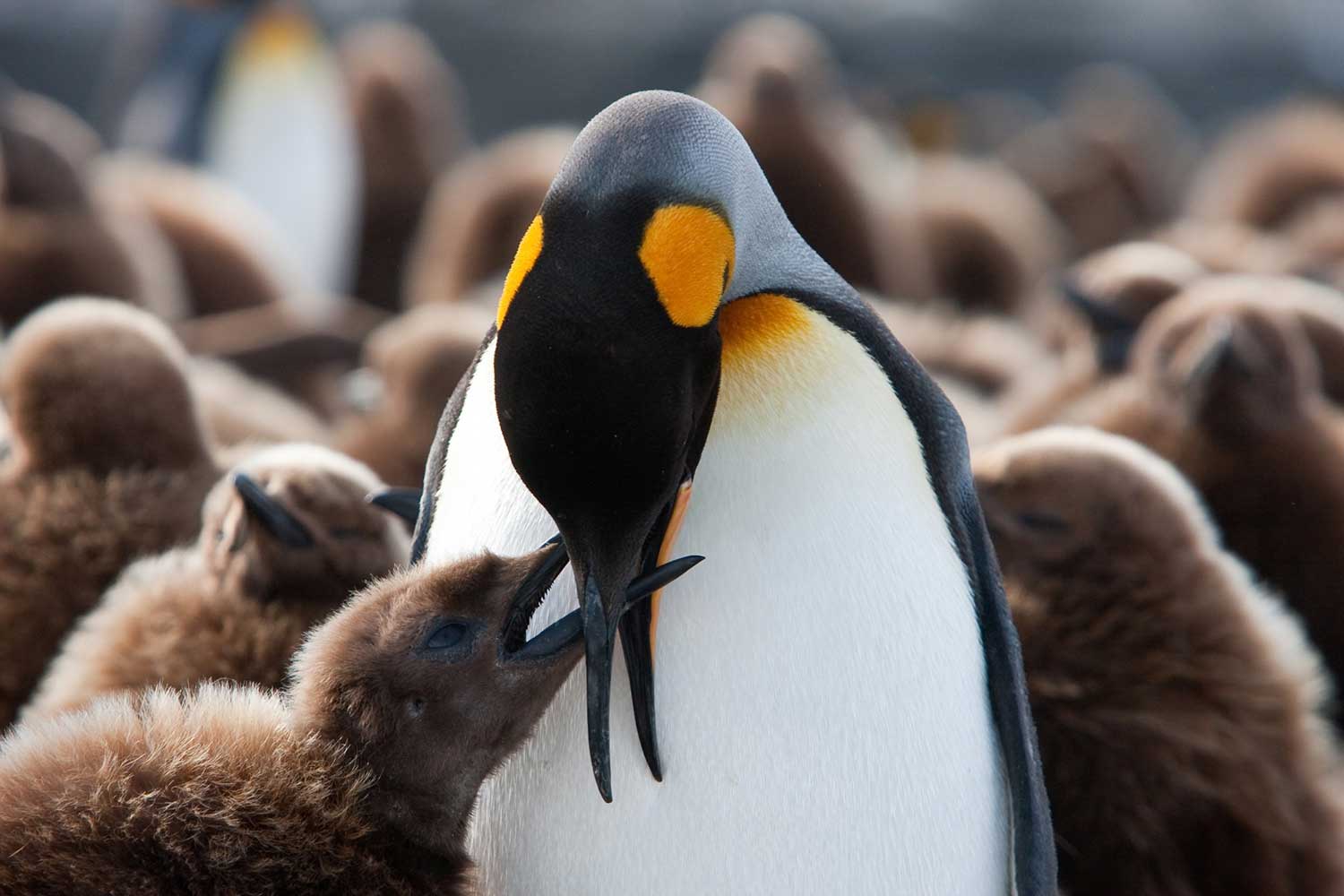 They are big! King penguins stand about 90 cm high, weighing in over 13 kg. Their chicks can grow even heavier than the parents with a downy brown plumage. Early explorers thought that king chicks were actually a separate species - the ‘woolly’ penguin! One quite unusual thing about King penguins is their unique breeding cycle, raising chicks twice in a three-year period, with the young taking a year to fledge. This means that king colonies are active year-round and no matter when you visit, there are checks present, young and old.

There are lots of them! King penguins can be found in very large colonies on sub-Antarctic islands such as Crozet, Prince Edward, Kerguelen, South Georgia and Macquarie Island. The total breeding population is estimated to be over 1,000,000 pairs.  Some colonies number in the hundreds of thousands. All of them completely unafraid of people. A wildlife holiday where King Penguins live will literally make you feel like you are on the set of your very own wildlife documentary!

To see Kings in the wild you need to hop on a cruise that includes some sub-Antarctic islands (on the regular Antarctic Peninsula cruises you will not encounter king penguins). Normally the best choice is a Falklands, South Georgia and Antarctica itinerary – alternatively a Ross Sea voyage with Macquarie Island. Such a penguin-watching holiday offers the bonus of taking you to some of the most spectacular places in the Southern Ocean – places that feature breathtaking scenery, mountains and glaciers and which are redolent with explorer history.

When to go? It is the early period of summer, the onset of the breeding season, that is absolutely brilliant to visit South Georgia and when you can see overwhelming numbers of King penguins as well as other sub-Antarctic wildlife species.  South Georgia is also known as the ‘Serengeti of the South’. One of the world’s greatest wildlife sanctuaries, South Georgia should be on the ‘must list’ of every expedition traveller. 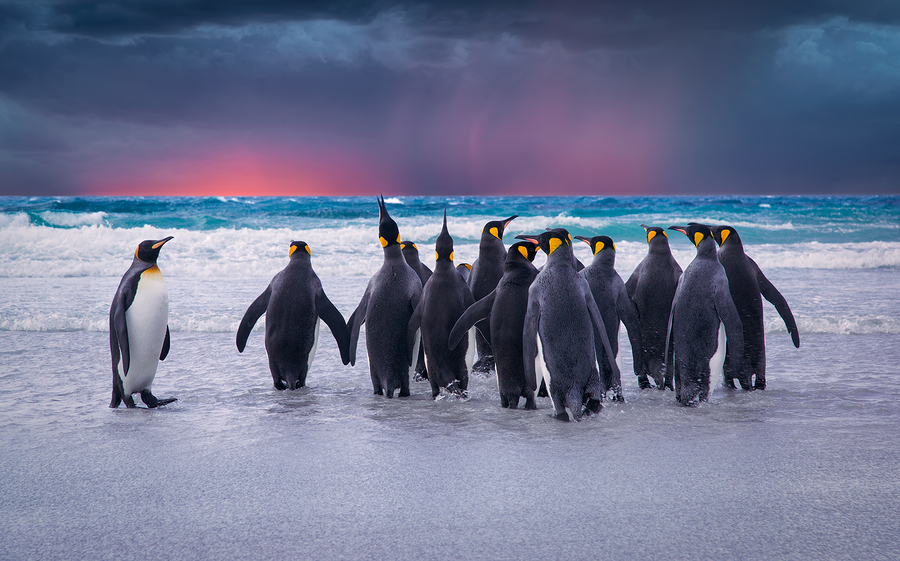 Watching King Penguins is one of the most beautiful wildlife encounters you can imagine. And along the way, you’ll get to experience some truly remote and beautiful parts of the world. For more information on expedition cruises to some of the most wonderful travel destinations on the planet, contact us at Expeditions Online.

Here are just a few suggestions for some great cruise expeditions where you can see beautiful king penguins:

This expedition on Magellan Explorer takes you to pearls of the South Atlantic: the wildlife extravaganza of South Georgia, and the Falklands

A 16 day expedition with World Explorer to the jewels of the Antarctic: South Georgia and the Peninsula

A 20 day expedition cruise to the the Falklands, South Georgia and Antarctic Peninsula on the ice-class expedition ship M/V Ortelius

An epic adventure half way around Antarctica. MV Ortelius visits both the Peninsula and Ross Sea. Onboard helicopters are an amazing extra!

A magnificent Antarctica cruise on the modern and small ship Ocean Nova with the possibility of sighting 7 different species of penguin!

A 20 day expedition cruise ex Puerto Madryn to the the Falklands, South Georgia and Antarctica on the ice-class expedition ship M/V Ortelius