Learn about the Arctic Archipelago of Svalbard, polar ice and its wildlife including polar bears and walrus. When’s the best time to go to Spitsbergen and how to visit Svalbard on an expedition.

Remote and rugged, striking and surreal, West Spitsbergen is a unique and wonderful Arctic destination better known as the "realm of the polar bear."

The largest island of Svalbard, the Norwegian archipelago, Spitsbergen is one of the world's northernmost inhabited areas. It lies halfway between mainland Norway and the North Pole, making it a great staging area for historic expeditions to the North Pole, including those of Roald Amundsen and Walter Wellman.

Exploration isn't the only history held in this frigid land. Visitors can still explore early whaling camps, trappers’ cabins, deserted coal mining operations, and an abandoned polar research station. While the history is rich and fascinating, most who come to the Far North these days come for the dramatic scenery and the elusive and precious wildlife.

The unique and attractive feature about Svalbard’s High Arctic wilderness is that it is relatively easy to access, with daily flights in from Oslo to its only main town, Longyearbyen. However, to really see the Arctic wilderness properly, you must head out on a cruise such as the this West Spitsbergen & Polar Ice Edge expedition. This is where you’ll see the most arctic animals including walrus, whales, seabird colonies, reindeer, arctic fox and even polar bears. You’ll spend your days cruising and hiking with your camera ready, always watchful for wildlife.

The west coast of Spitsbergen is very mountainous, and is carved out by many breathtaking, icy fjords, and spotted with tidewater glaciers. The best views of the coasts and fjords are often found offshore, aboard an expedition vessel or Zodiac. The dramatic scenery is only accented by the Midnight Sun, or 24-hour daylight, during the summer months, and great views of the Northern Lights during the winter months.

Surprisingly, the area is also home to a lot of hardy plant life, too, including tundra moss, the polar willow dwarf shrub, and polar foxtail grasses.  This area is ideal for spotting Arctic wildlife, including polar bears, Arctic fox, reindeer, seals, walruses, whales, and seabirds thanks to the network of national parks that protect the unique Arctic ecosystem of Spitsbergen. 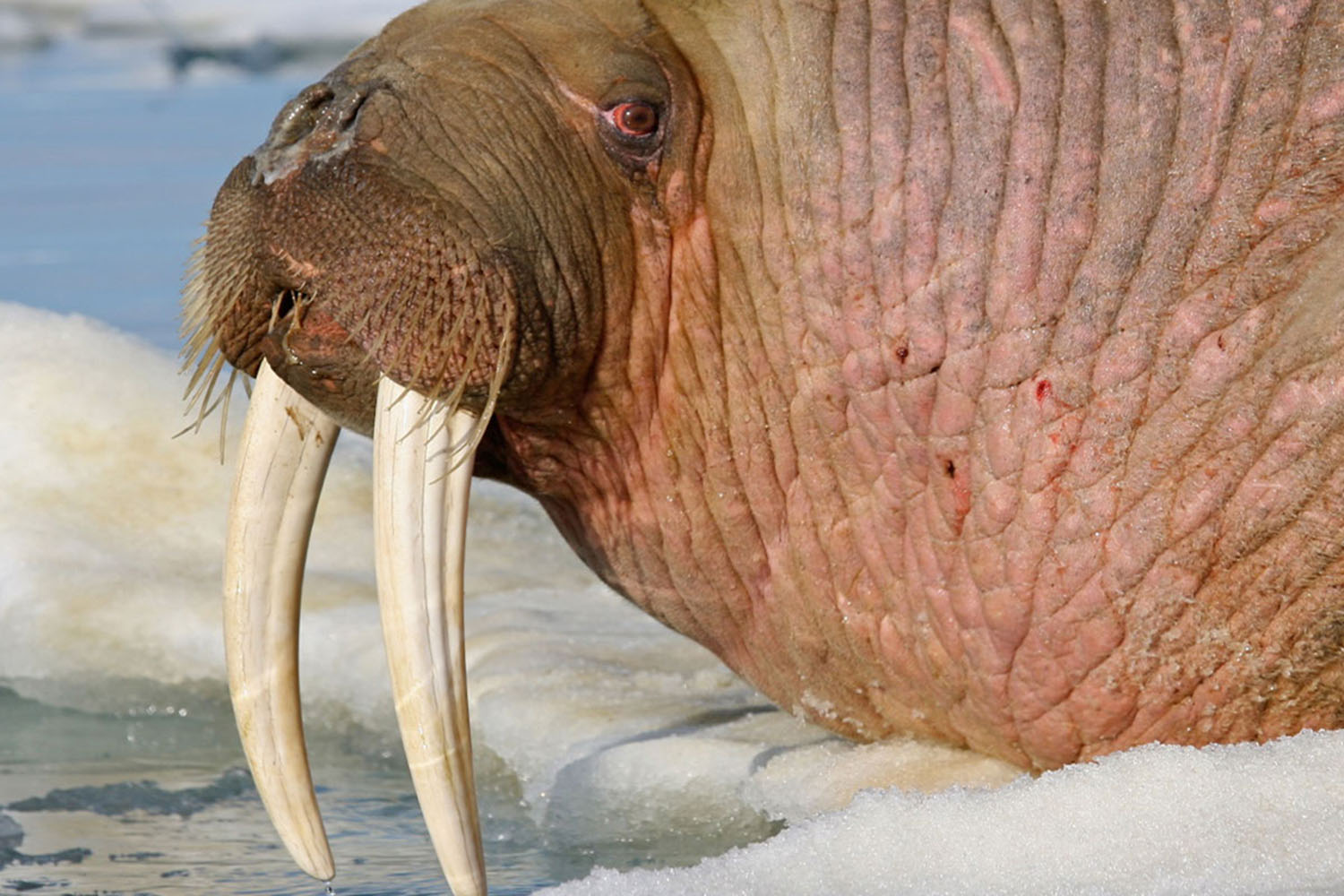 The archipelago boasts one of the Arctic’s highest concentrations of polar bears – the world’s largest land carnivores – which have become a symbol of the a threatened Arctic wilderness. This is one of the best places in the world to view polar bears hunting in their preferred habitat: the pack ice.

More than half of the land area in Spitsbergen is glaciated, and the surrounding waters are just as icy. Here, polar ice comes in three forms – drift ice, pack ice, and fjord ice – and you can find all three types in Spitsbergen.

Drift ice is any piece of floating ice, including those that originate from icebergs, that is carried by currents or winds.

Pack ice is made of large pieces of floating drift ice that's been driven together to create a nearly continuous mass with hardly any open water. Pack ice is typically quite thick and can sometimes form into high pressure ridges, sometimes reaching more than 40 feet high. Healthy pack ice is essential for supporting hunting polar bears.

Fjord ice, sometimes referred to as fast ice, is mostly flat and is connected to nearby shores inside fjords or small bays. Unlike drift ice, fjord ice does not move horizontally, but vertically with the tides, resulting in tidal cracks where the ice meets land. On calm days, it is possible to hear the movement of the ice near the cracks.

The magnificence of West Spitsbergen is almost impossible to describe or even capture in an image. From seeing a polar bear cub saunter behind its mother, to hearing thousands of seabirds on a communal cliff, or experiencing the massiveness of the ice as you ride nearby it in a Zodiac landing craft – West Spitsbergen holds endless possibilities for adventure. 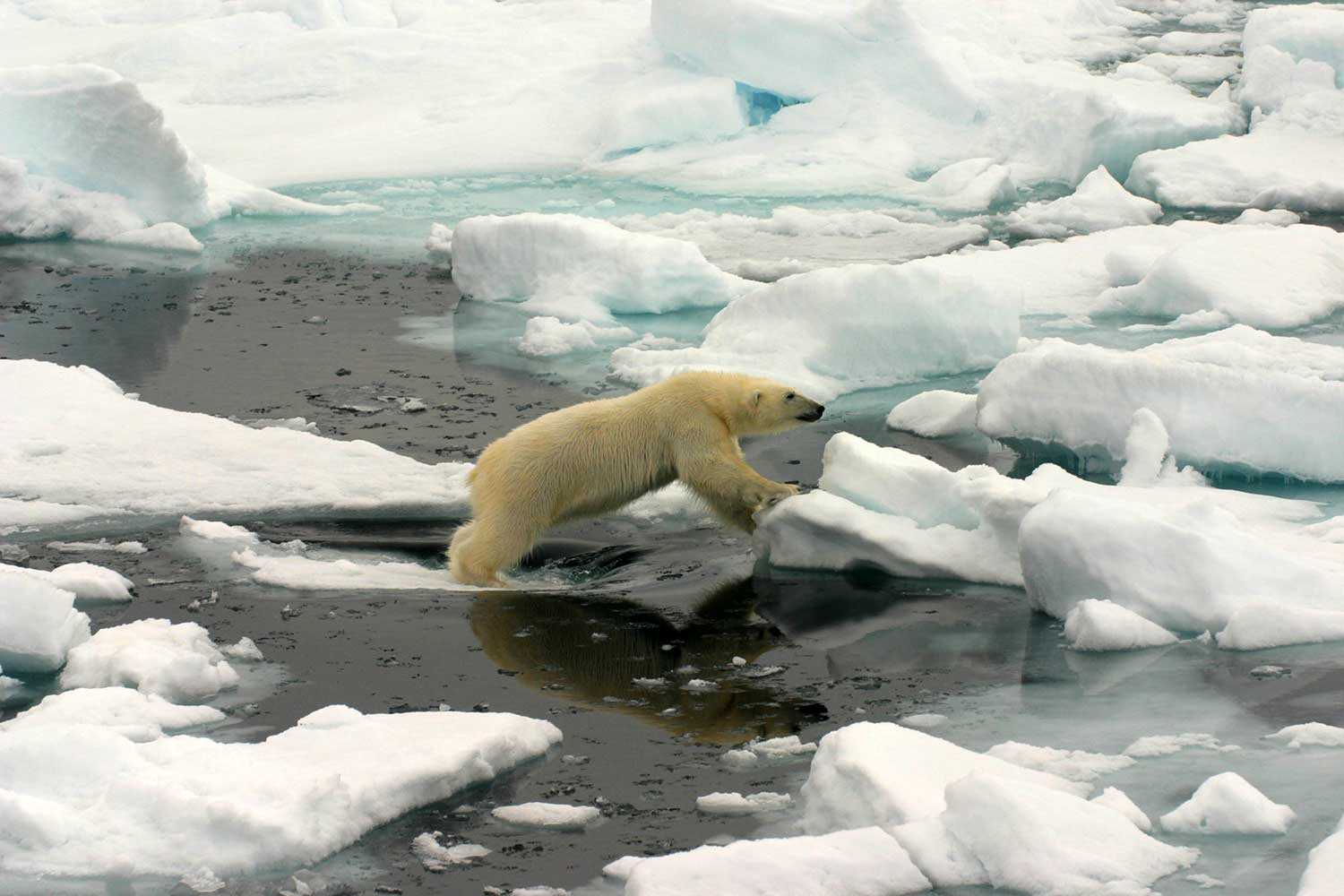 Here are some other fantastic expeditions to Spitsbergen and the Svalbard Archipelago: