The Complete WESTERN PACIFIC ODYSSEY RETURNS - Including Bonin Islands! Known in birding circles simply as the 'WPO', this expedition incorporates many of the key birding areas in the South West Pacific. One of the 'must do' expeditions for any birder because of its opportunities to see some of the rarest pelagic seabirds in the world, plus many island endemics. But it is not just for 'birders'. The cetacean list can only be described as outstanding. And if you ever tire of birding or cetacean watching then there are plenty of options for snorkelling, swimming and relaxing!

Booking Request Enquire
After departing the Port of Tauranga in New Zealand, we sail for the rich waters of the Hauraki Gulf where there are numerous speciality seabirds, including the recently discovered New Zealand Storm-petrel. From there it's northward to Norfolk Island. Next stop is New Caledonia where we search for the amazing Kagu and other endemic bird species in the Parc Provincial de la Rivière Bleue.

We then spend six exciting days in the Solomon Islands birding on Nendö, Santa Ana, Makira, Guadalcanal (Mt Austin), Tetepare and Kolombangara, before cruising across the New Britain Trench, an area known to be extremely rich in cetaceans. As we sail along the coasts of Bougainville and New Ireland, we will look for two rarely seen seabirds: Heinroth's Shearwater and the critically endangered Beck's Petrel which was only rediscovered in 2007.

Next stop is Truk Island (Federated States of Micronesia) for some more intensive birding. We will then set a course for the Bonin Islands south of Japan; our route will take us to Chichi-jima, the largest island in the archipelago. We will then continue north to Torishima Island (where we hope to get great views of the Short-tailed Albatross) before we arrive at our last island destination of the voyage, Hachijō-jima, where we will look for the last specialities of the expedition. Our voyage will then conclude at the Port of Yokohama in Japan.

This expedition is accompanied by some of the best pelagic birding guides in the world who have extensive experience of the seabirds of the West Pacific and have visited the islands we will be landing on multiple times. Birding starts at dawn and finishes at sundown. Our guides are there throughout the day to assist you and the 'reading of the bird list' each evening is legendary for its detail and discussion. This is one expedition you can't afford to miss!

A ‘must do' expedition for any birder or those interested in remote islands! 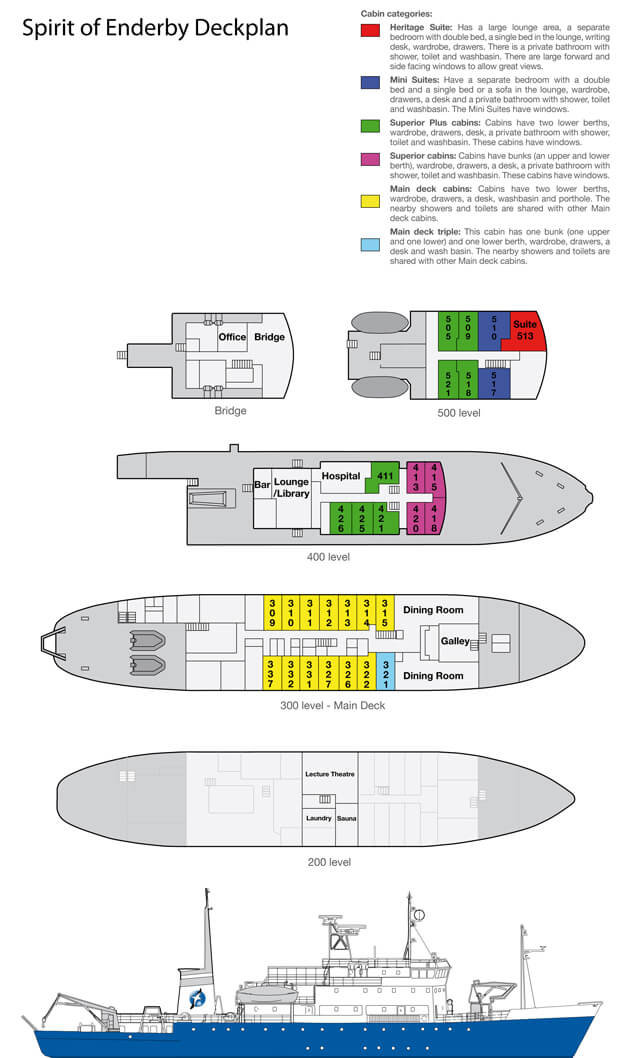 Included Pre/Post cruise transfers, all on board ship accommodation with meals and all expedition shore excursions.
Excluded All items of a personal nature, laundry, drinks, gratuities. International/domestic flights, visas and travel insurance. Sub-Antarctic island landing fees.
Additional Charges - Landing Fees of $600 per person for visits to protected islands. These will be added during the booking process. Deposits - Reservations require a deposit of 25% at the time you receive a booking confirmation from Expeditions Online. A payment link will be sent to you and this may be paid by major credit card. Bookings within 120 days of departure require full payment. Final Payments - Balances are due 120 days prior to departure. Cancellations - All requests for cancellation must be received in writing to Expeditions Online. Cancellations received 180 days or more prior to departure, are refunded less a $US750.00 per person administration fee. For cancellations received within 179 and 121 days of the embarkation date the full deposit will be forfeited. If cancellation occurs within 120 days prior to the departure date the total price is forfeited. If cancellation occurs within 90 days and full payment has not yet been received, the total price will still apply and any unpaid monies are due immediately. We strongly recommend that you obtain adequate trip cancellation insurance. Booking Terms - Please read carefully the General Booking Conditions for Expeditions Online. This voyage is operated by Heritage Expeditions and you additionally travel under their terms and conditions as the operator as well as of the Shipping Company/transport carrier. Details will be forwarded to you at the time of booking.