The Best Cruises and Expeditions to see Penguins

The Best Cruises and Expeditions to see Penguins

If you’re looking for the best cruises to see penguins, then this guide is perfect for you!

Even though they only inhabit a small southern portion of the southern hemisphere, penguins are some of the most famous, most admired animals on the planet. Most people who choose to take one of our Antarctic tours hope to see one or two penguins on their journey and for some people, penguins are the main reason to mount an Antarctic expedition. If these strange, eccentric seabirds fascinate you, you may like to consider one of our many Antarctica expeditions; however, if you’re looking specifically for the best cruises to see penguins, then this guide is perfect for you!

The emperor penguin is, without a doubt, the most well-known penguin species. They are the biggest of all the penguins and they were the focus of the multi-award-winning documentary film March of the Penguins. For many penguin enthusiasts, seeing emperor penguins in their natural habitat is at the top of the bucket list and our emperor penguin expedition is the perfect way to make your dream a reality. On this 9-day tour, you will fly to Antarctica to visit the large Gould Bay Emperor Penguin Colony situated on the Weddell Sea coast. You will camp on the sea ice with Expeditions Online’s professional guide and staff naturalist and you’ll have the opportunity to visit (and photograph) the emperor penguins and their chicks in considerable numbers, with the stunning cliffs, ridges, and icebergs in the background. This expedition is paradise for a photographer as we aim to get you as close as possible to the emperor penguin colony and to provide you with as many incredible photographic opportunities as possible. Because summer is the only time of year where the Antarctic is safe enough for visitors, this trip is available in November and December (summertime in the Southern Hemisphere). 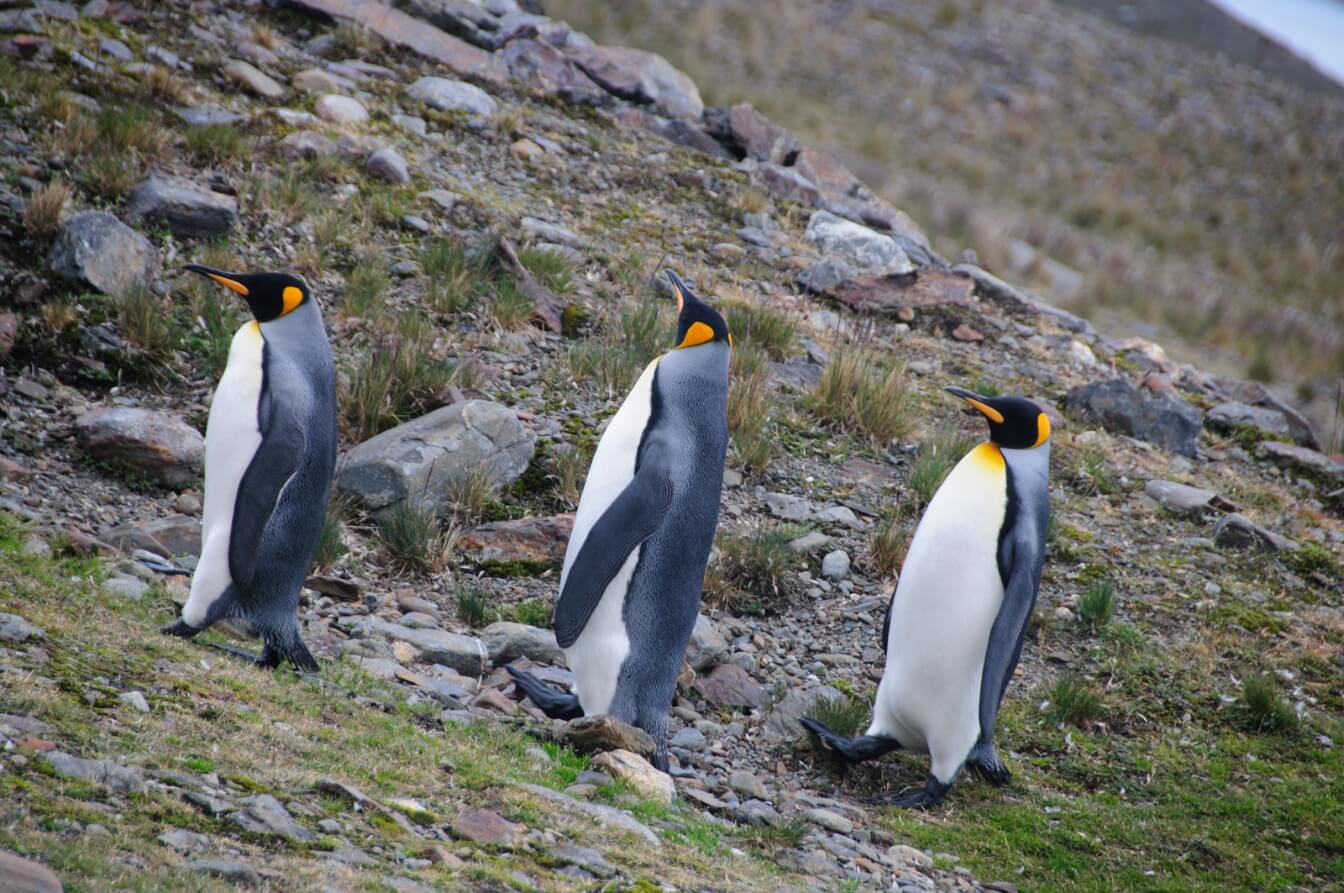 If you’d like to see a greater variety of penguin species and 30 different bird species, then our Penguin Safari tour might be the best option for you. On this 16-day tour, you will explore the Antarctic Peninsula by ship, zodiac (inflatable speedboat), and on foot. Our expert guides will teach you about the Antarctic’s history, its geology, and its unique wildlife. Throughout the tour, you will have the opportunity to see and photograph four different species of penguin, including king penguins and macaroni penguins. You will follow in the footsteps of Sir Ernest Shackleton, the famous British explorer who led three expeditions in the early 20th century in search of the South Pole. The highlight of this tour for most who take it is always the inquisitive penguins. As most species of penguin haven’t had much interaction with humans, they aren’t as skittish or as scared as you might imagine. In fact, many guests have enjoyed a visit or two from curious penguins. Another highlight for many guests is kayaking along the tranquil bays, taking in the stunning scenery and spotting various other wildlife along the way.

We hope this blog post has convinced one or two penguin enthusiasts to take the leap and book their trip of a lifetime. Antarctica is an incredible place and we think our cruises, tours, and expeditions offer the best ways to discover the region’s beauty and meet many of its most charming, waddling inhabitants. If you have any questions about the various Antarctica penguin tours mentioned in this blog, please don’t hesitate to get in touch. Plan your once-in-a-lifetime penguin adventure with Expeditions Online!