Find yourself among some of the most magnificent sceneries in the world. Icebergs the size of city blocks and soaring mountains provide a humbling perspective on our diminutive size within the natural world. The juxtaposition of glittering icebergs and verdant hillsides in one scene may strike you as unreal, but that's Greenland

2023 Season: Book before June 30, 2022 and save 15% on Triple, Main Deck and Classic Suites - or 20% on Superior suites and higher categories. Quote Promocode SPX15 or SPX20 during the booking process.

One of the most breathtakingly beautiful places in the world

Find yourself among some of the most magnificent sceneries in the world. Icebergs the size of city blocks and soaring mountains provide a humbling perspective on our diminutive size within the natural world. The juxtaposition of glittering icebergs and verdant hillsides in one scene may strike you as unreal, but that's Greenland.
Day 1: Reykjavik, Iceland Welcome to Reykjavík, the capital of Iceland and starting point of our expedition cruise! Even though this country lies below the Arctic Circle, Reykjavik is the world's northernmost capital of a sovereign state. Visitors needn’t travel far to find geysers and waterfalls, mountains, and glaciers. Accommodations tonight at a centrally located deluxe hotel will make embarkation tomorrow much more convenient. Day 2: Reykjavik (Iceland), embarkation This afternoon, meeting in the lobby for your transfer to the port and embarkation of the Sea Spirit. There’s time to get settled in and explore this ship, you home-away-from-home for the next ten days. After departure, keep an eye out for our first whales (humpback and Minke whales are most common) as we sail out of the picturesque bay. Day 3-4: At sea Enjoy a few restful days at sea, as we get ready for icebergs, Inuit villages, whales and much more! Along with our expedition team, watch for whales and seabirds from the deck, or participate in their presentations in the Oceanus Lounge on the flora, fauna, geology and cultural heritage to be found along West Greenland’s western coast. Days 5-8: Exploring South and West Greenland The Sea Spirit rounds Cape Farewell, the southernmost point in Greenland, and calls in at Greenland’s most southerly town Nanortalik. The town lies at the mouth of beautiful Tasermiut Fjord surrounded by steep mountains that flank an intricate fjord system. The name of the town translated as “the place with polar bears” says that these arctic animals could be often seen hunting on the sea ice outside of the settlement. The local open-air museum demonstrates the fascinating history from Viking and Inuit times to the present days. The Uunartoq area is famous for its natural hot springs, where we can soak in the geothermal waters watching the icebergs pass by. During the next few days, we head further north to visit some enchanting Greenlandic settlements and explore the beautiful fjords of Greenland’s western side. Hvalsey, or "Whale Island", is the site of Greenland’s largest and best-preserved Norse ruins. It was originally settled by an ancestor of Erik the Red in the late 10th century. There’s time to wander and learn about the ancient farmstead that includes a granite stone Christian church, likely built in the early 14th century, and several adjacent buildings. The fells and fjord around the farmstead have not changed at all over the centuries, and the site is believed to have been a meeting place for festivals and banquets throughout the year. Set amidst breathtaking scenery, our visit to Qaqortoq gives us some additional cultural and Viking background on the region. Placed on a beautiful hillside, the small settlement boasts colorful houses and a museum. We continue north in the wake of the Vikings as our Sea Spirit navigates through the picturesque Eriksfjord to the settlement of Qassiarsuk. The town was founded back in the 10th century by Eric the Red following his exile from Iceland for murder. We will see the foundation remains of his manor house and other buildings. Nowadays, the area is known as a sheep farming settlement. As we approach, Paamiut, there are good opportunities to see humpback and fin whales along the coastline. It is also an especially good place to spot white-tailed eagles. Inhabited by incredibly welcoming locals, Paamiut justifiably proud of their church that was built in 1909. The architecture reflects the Danish colonization of Greenland. Nuuk, the capital of Greenland, is lively and surrounded by natural beauty. Here, old traditions meet modern change. Fashion shops and a cultural center represent the modern Greenland; the picturesque old port area, however, testifies to the island’s long history. The town was founded by the danish missionary Hans Egede in the early 18th century, and you’ll learn much more about the area on an included tour. In the National Museum, you’ll be fascinated by the mummies of Qilakotsoq – evidence of a bygone era. Days 9-11: Exploring Disko Bay Fjords and scenic Inuit villages shape the landscape of this icy region of western Greenland. The Sea Spirit holds her course north, and landings and activities are adapted to the current ice and weather conditions. Accordingly, we will plan to visit some of the following: Sisimiut, the second-largest city in Greenland with about 5,400 inhabitants, is located 40 km north of the Arctic Circle. While there are modern elements, you’ll also find an outdoors hunting and fishing culture. A small museum depicts the history of trade, shipping and industry in the region. Ilulissat, the “city of icebergs”, is the a focal point of West Greenland tourism. The fjord is a UNESCO World Heritage Site and pushes unimagable amounts of icebergs into the bay. A hike to the historic Sermermiut settlement offers some spectacular views. The famous Danish polar explorer Knut Rasmussen is a son of the city and an interesting museum here is dedicated to his life. Itilleq is a typical Greelandic fishing village on a small island just above the Arctic Circle, with a local population of about 120. The residents make a living from fishing and hunting and there are probably more dog sleds than residents. Day 12: Disembarkation in Kangerlussuaq (Greenland); Homeward flights. Our adventure finishes at the port of Kangerlussuaq. We disembark after breakfast and transfer to the airport for our outbound flight and further connection flights home. 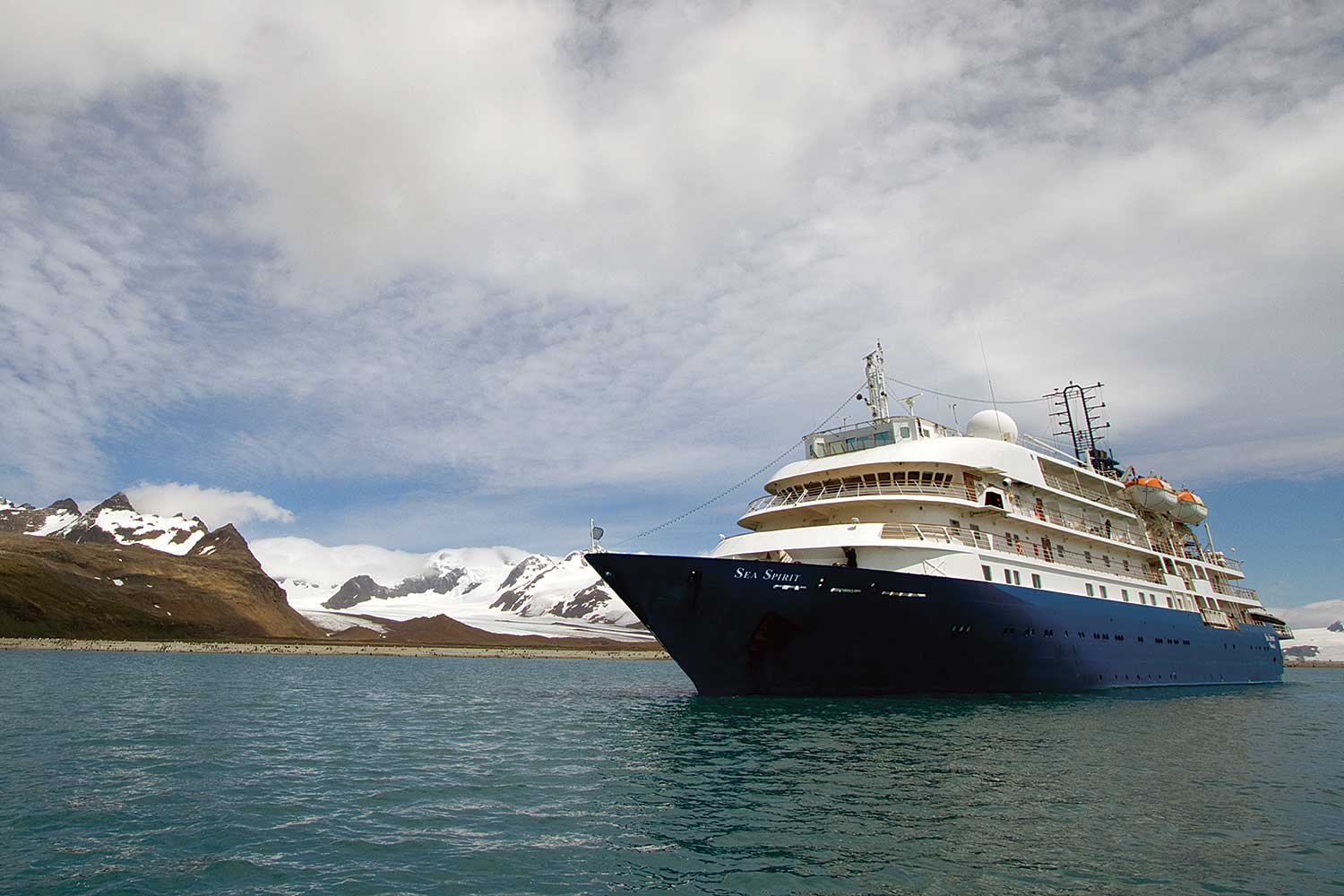 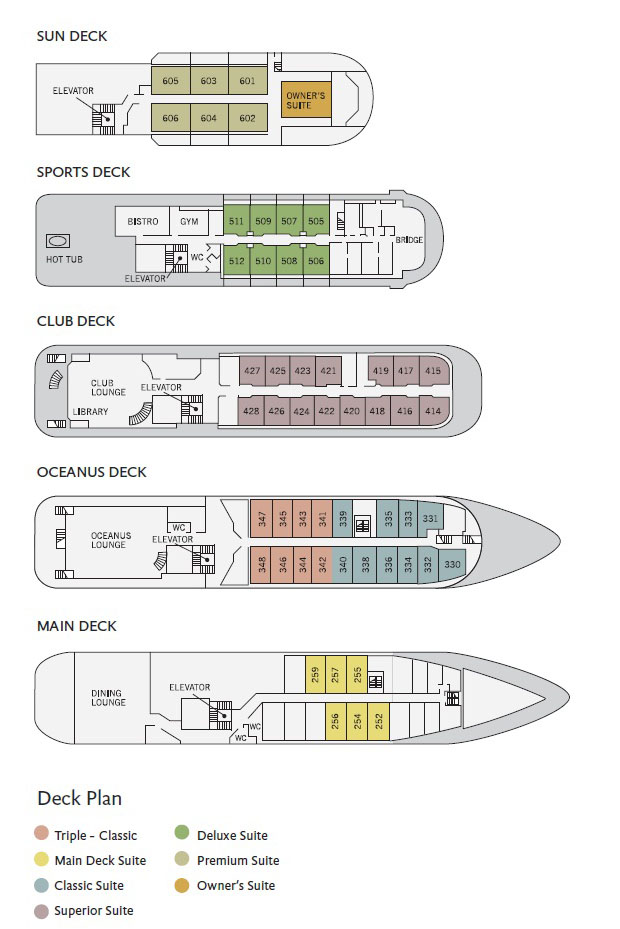