The voyage commences at the remote village of Tasiilaq, on Greenland’s east coast. The plan is to explore the glaciers and fjords in the surrounding area, before sailing south along the rugged coastline. We will cruise inland through Prins Christian Sound, a steep-sided fjord that separates East and West Greenland. With mountains either side that extend 1,200 metres high it is one of Greenland’s most beautiful places to visit. After leaving Prins Christian Sound we will make our way up the west coast exploring the fjords and glaciers around the remote settlement of Narsarsuaq

Greenland has very few roads and the main way to explore the rugged beauty is from the sea. During the summer months, the coast becomes navigable as the sea ice retreats opening up passages into countless iceberg filled fjords. This micro cruise offers a way to get up close to Greenland’s natural beauty. Travelling on a small expedition vessel minimises the impact on the local culture and the environment more than the larger cruise ships that visit the area.

Save 20% now on all departures until sold out.  Use Promocode TOGO20 at the time of booking.

Perfect for those looking for a low impact way of cruising to Greenland! 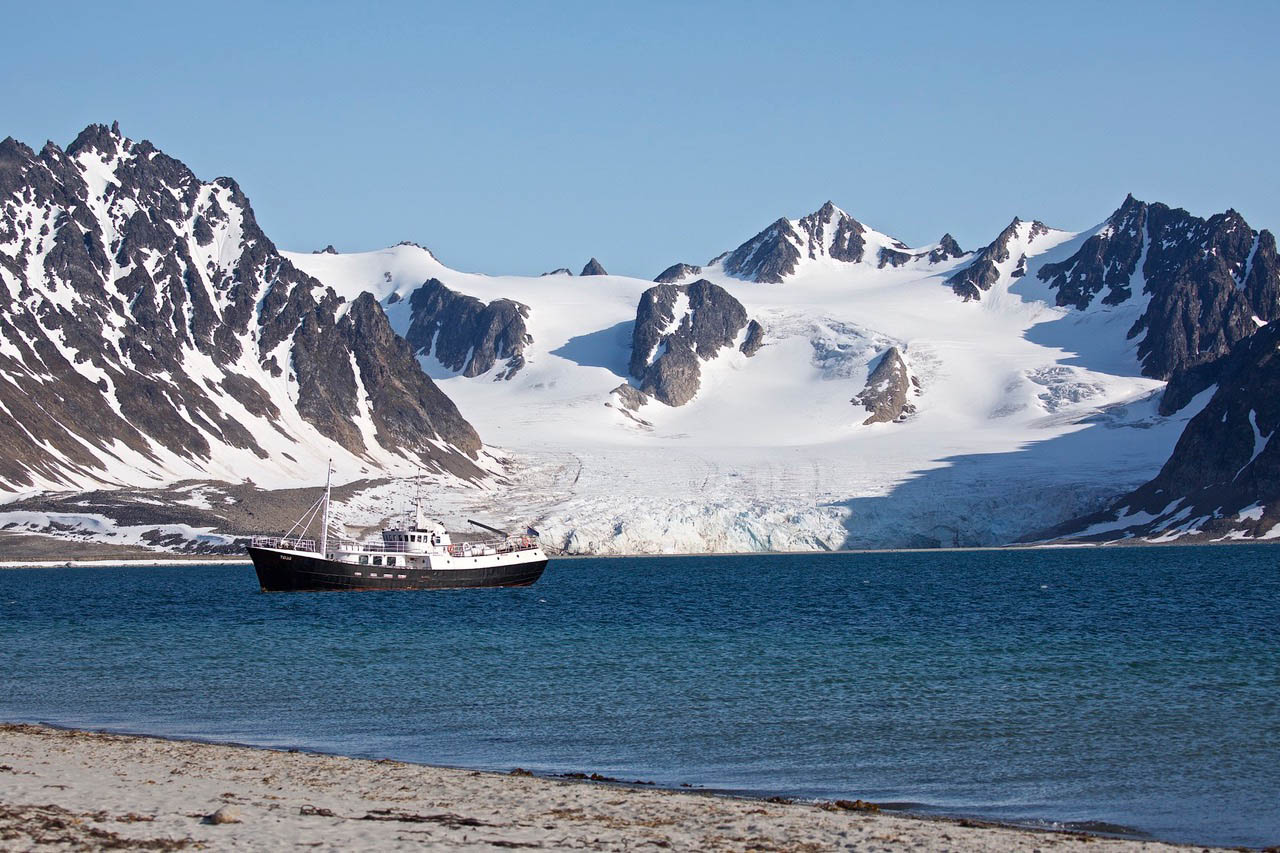 Togo is a 102ft /31m motor yacht, custom built in 1965 by legendary Dunston Shipyard and last refitted in 2018. Originally built as North Sea trawler she was converted into Lloyd’s safety vessel in 1980s, then into a Yacht with extensive refit 2012 and upgraded to expedition yacht in 2018. Togo has a well-appointed galley and mess room, elegant and comfortable mahogany paneled salon with bar and kitchenette. Her deck areas are spacious with semi-enclosed sides. She is a sturdy vessel with elegant sheer, sails with abundant intimacy from the bygone era of tramp steamers. A small expedition vessel is the best way to experience the Arctic in a closeup and personal way! You will be travelling with a maximum of 12 guests. There are lots of opportunities to talk to your guide and learn more about the area you are visiting. When we visit remote settlements we will be doing it as part of a small group and in a culturally mindful way. There is no waiting to join a Zodiac as there is space for everyone onboard. 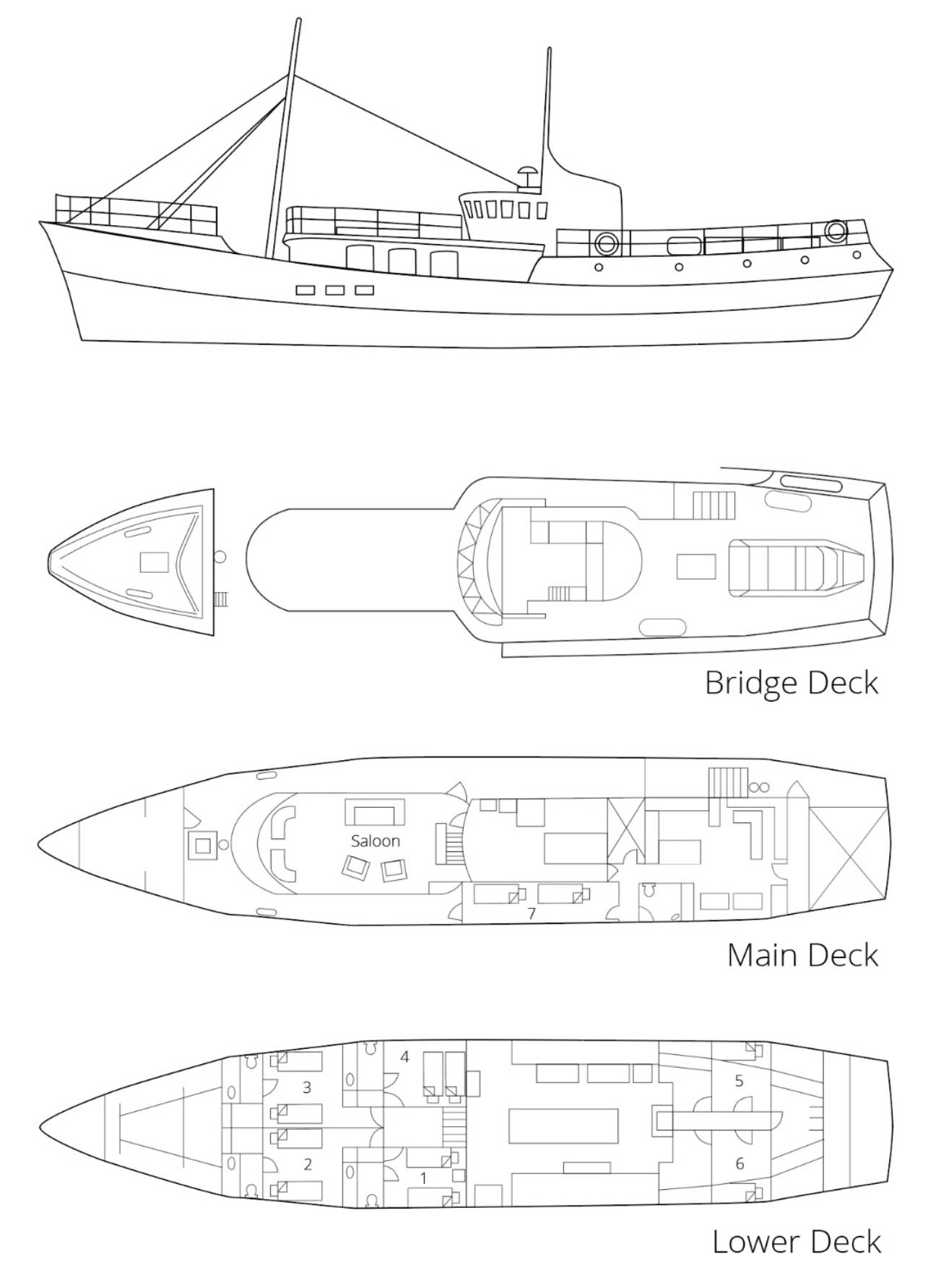