There are a select few hardy Arctic birds who live in the northernmost part of the Earth all year round, as well as approximately 200 species of Arctic birds that migrate here during the summer months.

Living in the Arctic is no mean feat. The winters are long, cold, and extremely harsh. However, there are some Arctic birds who choose to live in the Earth's northernmost region all-year-round, and they are joined by a vast array of birds that migrate to the Arctic in the summer. Some travel to the Arctic regions to breed and nest, whilst others simply come to moult or fly through on migratory routes.  If you're planning an Arctic cruise or even an expedition to the North Pole, you're going to see some incredible birdlife along the way! This blog post will introduce you to the Arctic's rich range of winged wildlife and we hope it will inspire you to read more about the topic — perhaps even booking your own adventure from our Arctic cruises deals and special offers page.

No matter what time of the summer (no one attempts expedition cruises in the Arctic winter) you travel to the Arctic on an Expedition Cruise, it is a paradise for bird lovers, ornithologists, and wildlife photographers. However, the summer months are the best time to see birds, so you won't miss anything! During this short season, there is an incredible burst of life in the Arctic: temperatures rise, the sun shines all day and night, food is abundant, and the region is teeming with millions of regionally endemic and migrating birds.

Atlantic Puffins — also referred to as “sea parrots”, and sometimes “clowns of the sea” — are invariably one of the most popular Arctic seabirds, most likely due to their striking black-and-white plumage and colourful beaks and feet. They are also very comical birds, often seen dive-bombing, exhibiting various ritual behaviours, and standing with numerous fish hanging from their beaks! The Atlantic Puffin is one species of bird we are usually lucky enough to see on many of our Arctic Expedition Cruises. An absolute joy to watch and photograph! 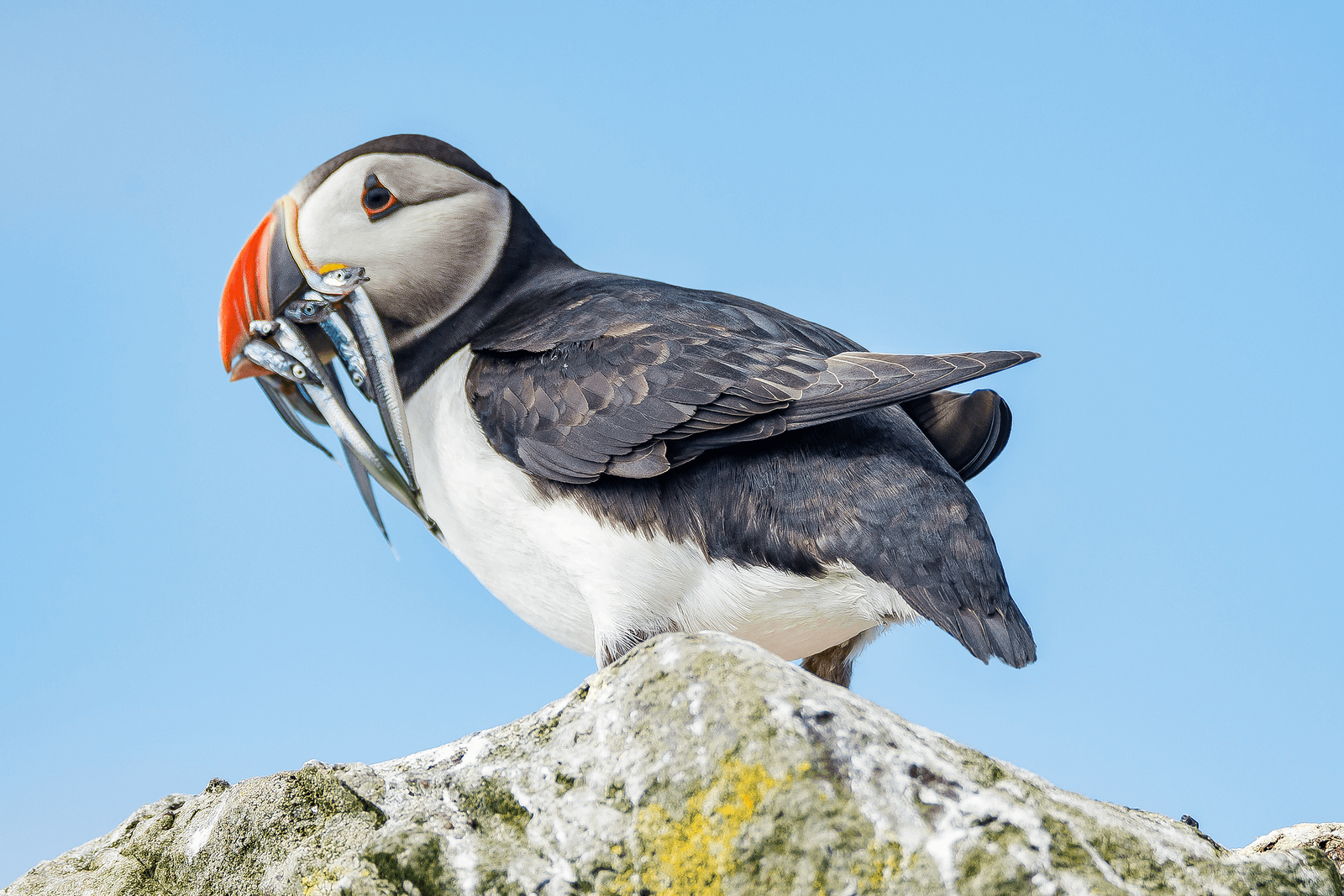 Atlantic Puffin, aka “sea parrot” and “clown of the sea” (Image source: Bigstock)

When the summer arrives in the Arctic, so do the migrant birds who are unable to survive the harsh winters here. These include the Peregrine Falcon, Bald Eagle, Steller's Eider, Sandpiper, Ruddy Turnstone, Dunlin, Yellow Wagtail, Northern Wheatear, Red Phalarope, Savannah Sparrow, and Arctic Tern. Wetland birds like ducks, geese, swans, and waders favour the southern Arctic during their summer migration because it has more marshes than the high Arctic.

These temporary Arctic residents travel north during the summer to breed, nest, and take advantage of daylight and rich food resources, including insects, insect larvae, and nutrient-rich underwater greens. Oftentimes, migratory breeding birds will arrive early to ensure their eggs hatch when food supplies are at their peak. Until then, they rely on fat reserves to see them through their nesting period. 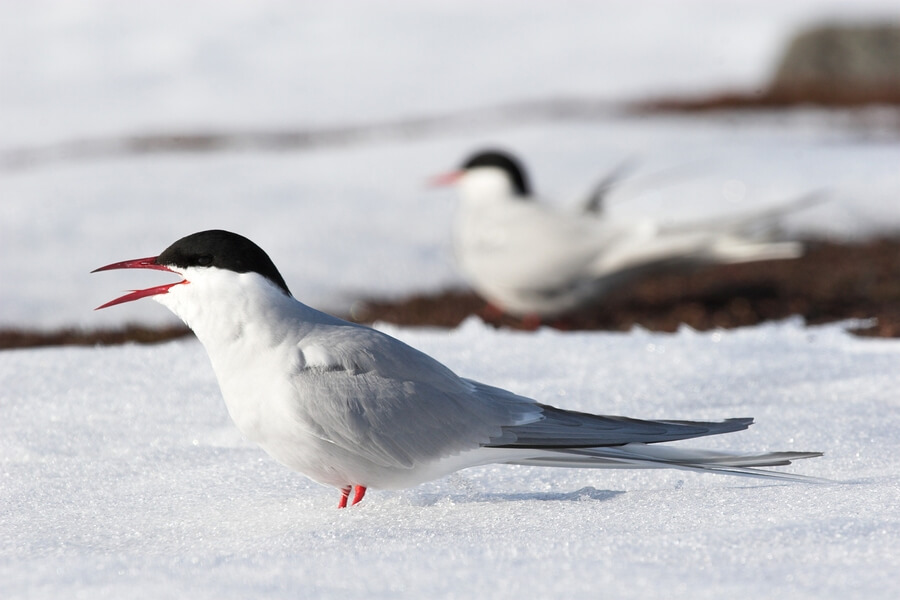 Arctic Terns make the longest migration of all the Arctic bird species. In fact, they have the longest migration ever recorded — an incredible 59,650 miles, which is more than double the circumference of the Earth. Each summer, they travel from Antarctica to the Arctic to breed, then they migrate back to Antarctica to overwinter. An annual pole-to-pole journey, which is very impressive! Often called “sea swallows”, due to their shape and long tail streamers, Arctic terns are stunning little birds, with white and light-grey plumage, a black ‘cap’ on the head, and bright red beaks and feet. They are one of the best Arctic birds to see and photograph during the summer months.

Whether it's terns, puffins, or snowy owls that appeal to you, the Arctic region is a bird lover's paradise. We hope this blog post has inspired one or two readers to begin planning a trip of a lifetime to the Arctic. However, if you're just looking for more information about the Arctic's incredible wildlife, you may like to scan through our extensive blog. If you have any questions about our Arctic expedition cruises, please feel free to contact us. Start planning your big Arctic escapade with Expeditions Online!