All You Need To Know About The Atlantic Puffins

All You Need To Know About The Atlantic Puffins

Atlantic Puffins, or the ‘sea parrot’ as they are sometimes known thanks to their unique, colourful beak, are sea-dwelling birds. They spend most of their lives at sea – sat atop the waves when they’re not diving for food. They’re a fascinating gift from nature.

Atlantic Puffins, or the ‘sea parrot’ as they have sometimes known thanks to their unique, colorful beak, are sea-dwelling birds. They spend most of their lives at sea – sat atop the waves when they’re not diving for food. They’re a fascinating gift from nature. 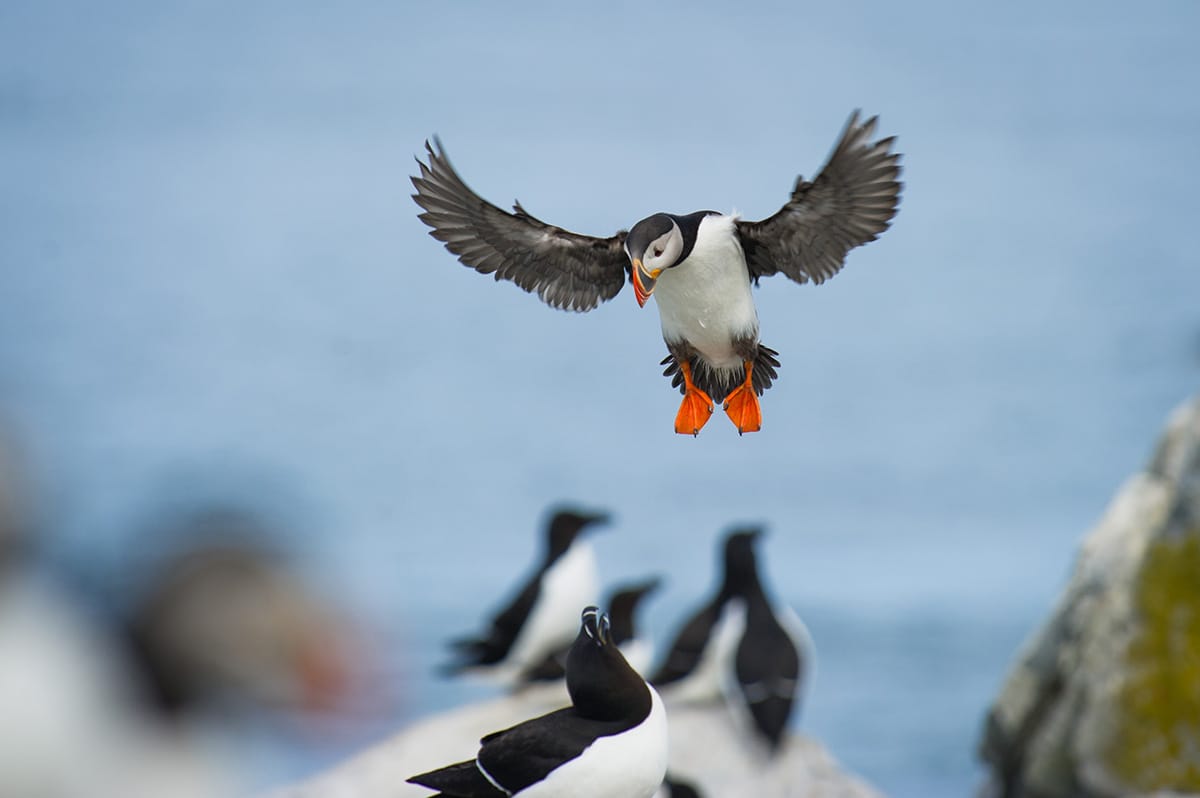 At Expeditions Online, we’re lucky enough to see them regularly during our travels. And our resident expert Stewart, who can usually be found on board our vessels sharing his knowledge on the next destination’s wildlife with our guests, has taken a break from the presentation room to share these Atlantic Puffin facts:

The Atlantic Puffin measures only around 25cm in length and weighs 500g, so by comparison they are quite a small sea bird.

They may be small, but they are very nimble. When in flight, they will flap their wings on average 400 times a minute and can reach speeds of 88km per hour.

The form of the Atlantic Puffin makes them excellent swimmers, also. They can dive to depths of 50-60 metres looking for food. Their webbed feet help immensely since they act like rudders.

Puffins breed in the spring and summer and you’ll be able to observe them on North Atlantic seacoasts. However, sixty per cent of Atlantic Puffins breed in and around Iceland. Wherever they breed, they will usually build their nests on top of rocky cliffs – lining it with grass and feathers.

Puffins share parental responsibilities. Once the female lays the egg, both parents take turns in incubating it. The incubation period lasts for around 40 days. And when the Atlantic Puffin chick hatches, they will share the responsibility of feeding the chick.

It is fascinating to note that Atlantic Puffin pairs usually reunite each year at the same nest site. We are not sure how they manage to locate the site again.

The Atlantic Puffin can carry several small fish in their mouths at any one time. They have ridges in the top of their mouth that keeps the fish in place during flight. They can then catch more fish, even with fish already in their mouths. 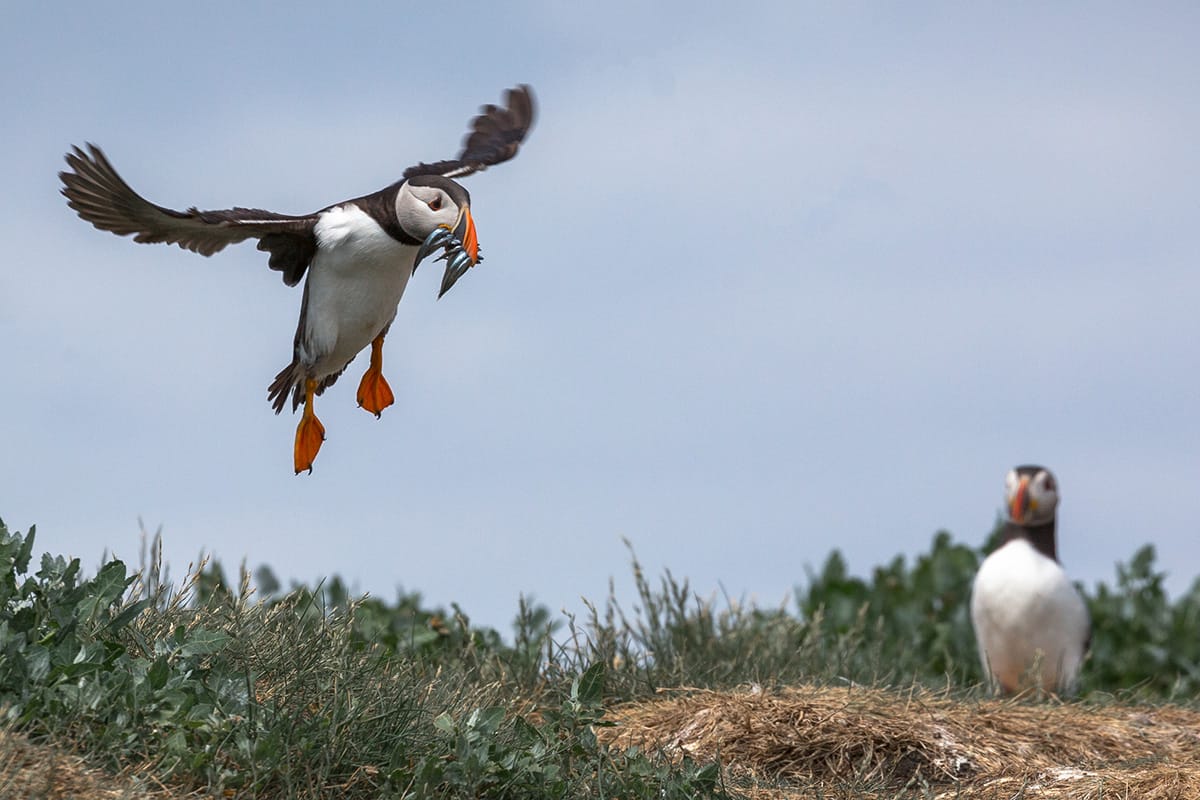 The Atlantic Puffin chick will stay in the nest until it is able to fly. It is careful to stay clean and from an early age, dedicates one part of the nest to a toilet area. It does this naturally in order to protect the waterproof nature of its feathers.

Initially, young Atlantic puffins will spend up to five years at sea learning about how to fish and how to attract a mate.

When they are not breeding, the Atlantic puffins sit on the open ocean. Their range is vast and covers the eastern coast of Canada, the northeastern United States of America, northern Russia and northern Europe.

The lifespan of an Atlantic Puffin can be around 20 years. However, as they are quite small, they do face a threat from larger seabirds like gulls, which tend to hunt them and will try to snatch them from the air.

Many observers note their similarity to penguins, but the puffin bears no relationship to the penguin.

The general consensus is that the beaks of the Atlantic Puffin are so colorful because they use this burst of color to attract mates. The color fades when the birds are not entering into the mating season.

There are around 6 million puffins in the world today and although they are not protected, they are considered to be in decline in some areas – due to overfishing, pollution, and the warming global waters.

At Expeditions Online, we are experts in the Arctic and Antarctic expedition cruises. One of the many highlights is that we have the pleasure of introducing some of the world’s most beautiful highlights to our guests. We have a number of expedition cruises on which you are likely to catch many sights of this beautiful little bird.

There’s our Home of the Vikings – Greenland cruise or our North Atlantic Odyssey Whale Safari cruise or our Wild Scotland cruise around the Hebrides, St Kilda, Foula, Orkney and Shetland, or even our Across the Arctic Circle expedition cruise  - an Arctic cruise expedition from north-east Scotland, past Norway’s beautiful coastline out to Svalbard and Spitsbergen.

Our expert guides will help you catch plenty of sights of the Atlantic Puffin, as well as other beautiful wildlife and unforgettable scenery, on any of these cruises.

Get in touch to see if we can meet your travel needs – our advice is independent and expert and we have individually tested every trip we offer.