The Chilean Fjords, with mazes of inland passages, calving glaciers and stunning wildlife, count as one of nature’s greatest wonders. There is no greater way to experience this spectacle than from an expedition cruise. We invite you to enjoy this adventure onboard the new Ocean Victory, a luxury class expedition vessel with room for just under 190 passengers - all in exterior staterooms and many with balconies. The ship has all the modern conveniences, the highest ice-class and sea safety certifications, as well as electronically controlled engines to optimize speed and fuel consumption

Show Dates & Prices Enquire
Embarking in Argentinian Ushuaia, we immediately enter Chilean water and head for Cape Horn, the southernmost headland of the Tierra del Fuego archipelago, followed by the passage of “Glacier Alley”, a most fascinating part of the Beagle Channel. Countless glaciers carve their way from Darwin Ice Field down to the sea.

We continue deep inland to Puerto Natales where we will join a coach trip to sky soaring Torres del Paine. Further north are some of the most remote and stunningly located fishing settlements in Chile. Roadless Puerto Edén in Canal Messier, and beautiful Caleta Tortel, with houses and walkways built on thousands of stilts. On the green island of Chiloé we will visit one of Chile’s oldest towns, Castro, famous for its huge wooden cathedral, Church of San Francisco.

Putting the fjord labyrinths behind us, our adventure continues towards the Pacific as we cruise north to disembark in Valparaíso, the port city of the capital, Santiago. 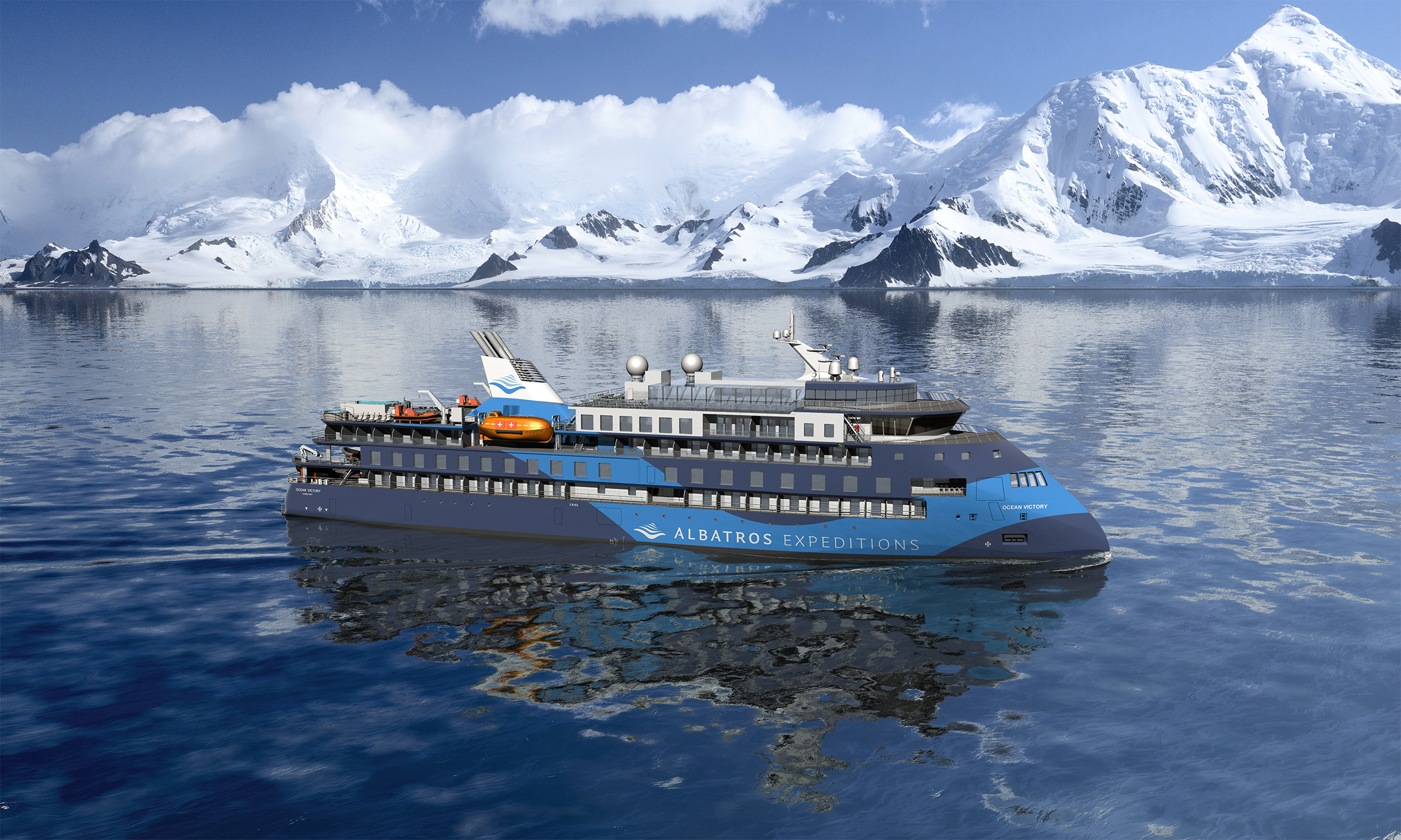 The brand-new luxury infinity vessel Ocean Victory is one of the most modern small ship vessels in the world. This stylish cruise ship is ideally suited to small-ship expeditions, with a total of 93 comfortable cabins for guests, all with a view of the ocean, 90% with a balcony, even a suite with a French balcony! Ocean Victory is deployed and dedicated to varied Antarctica voyages. With the highest Polar code 6 and Ice class 1A, Ocean Victory is the ideal vessel for small-ship cruising due to her sturdy construction and X-BOW® – Infinity class, which provides high stability in rough weather and allows for the smoothest movements on high waves, and a Solas 2012 classification, which facilitates a safe return to port. Part of a brand new generation of low energy vessels, with 4 diesel engines and 2 electro engines, all controlled electronically to optimize speed and fuel consumption, the Ocean Victory will also be environmentally friendly onboard, with the implementation of the Green Initiative Program. Amenities onboard include a Nordic Bar Lounge, Ocean Shop, various restaurants, including an open deck dining facility, and a highly new and modern lecture lounge. 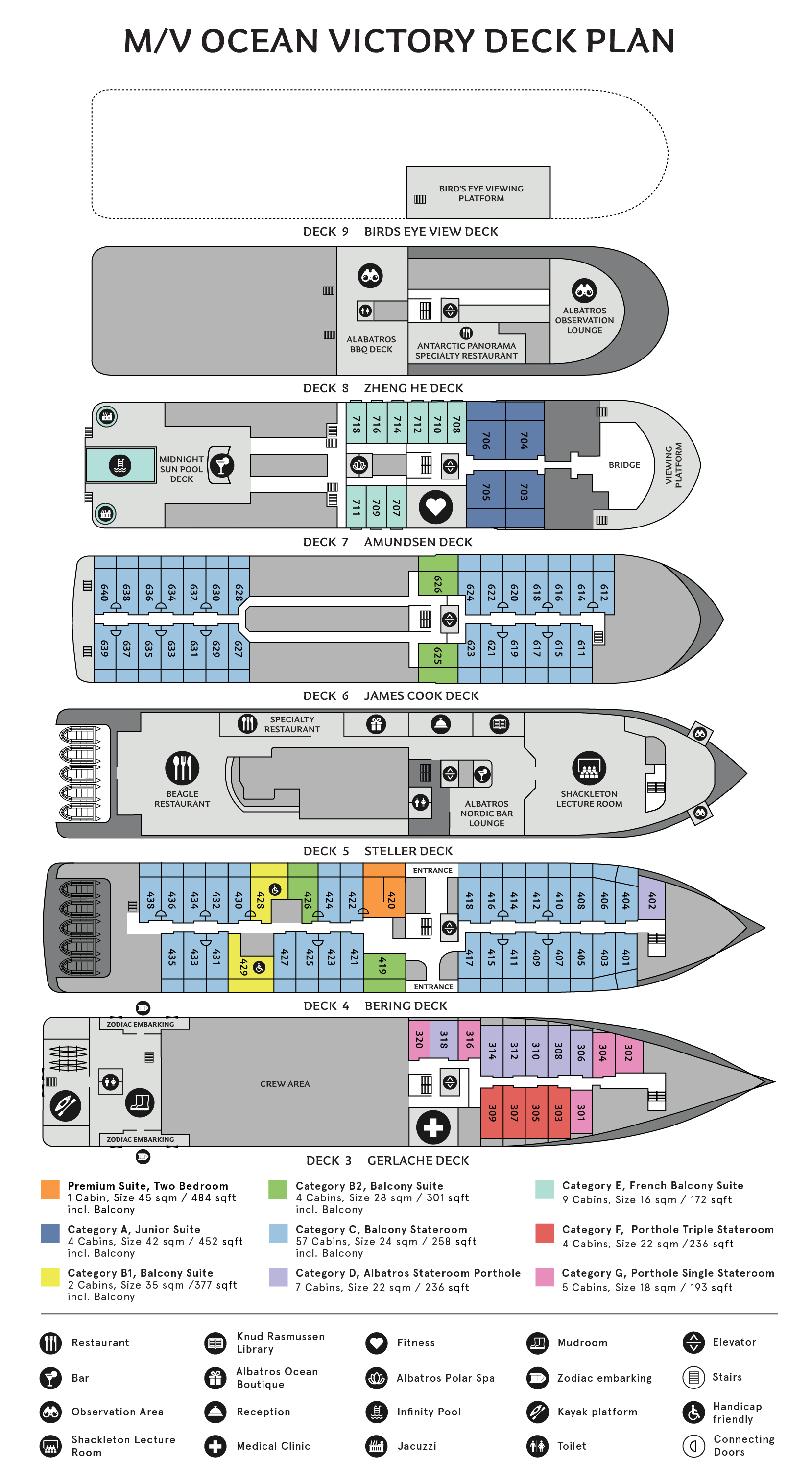