It is hard to think that anything like a flower can survive living in Antarctica. It has one of the harshest climates on earth.

It is hard to think that anything like a flower can survive living in Antarctica. It has one of the harshest climates on earth. In fact, it is the coldest and windiest place on earth. However, some plants to survive here. Here are the horticultural heroes – the flowers of Antarctica.

Antarctic Pearlwort is a small plant that grows to around 5cm tall and is identifiable from its small yellow flowers. You’ll find it in coastal areas, growing around the rocks. It uses the wind to help it with pollination (since there are no bees in the Antarctic to do the job). It’s thought they adapted to be self-pollinators so that they just need the wind to bring pollen from one plant to another. 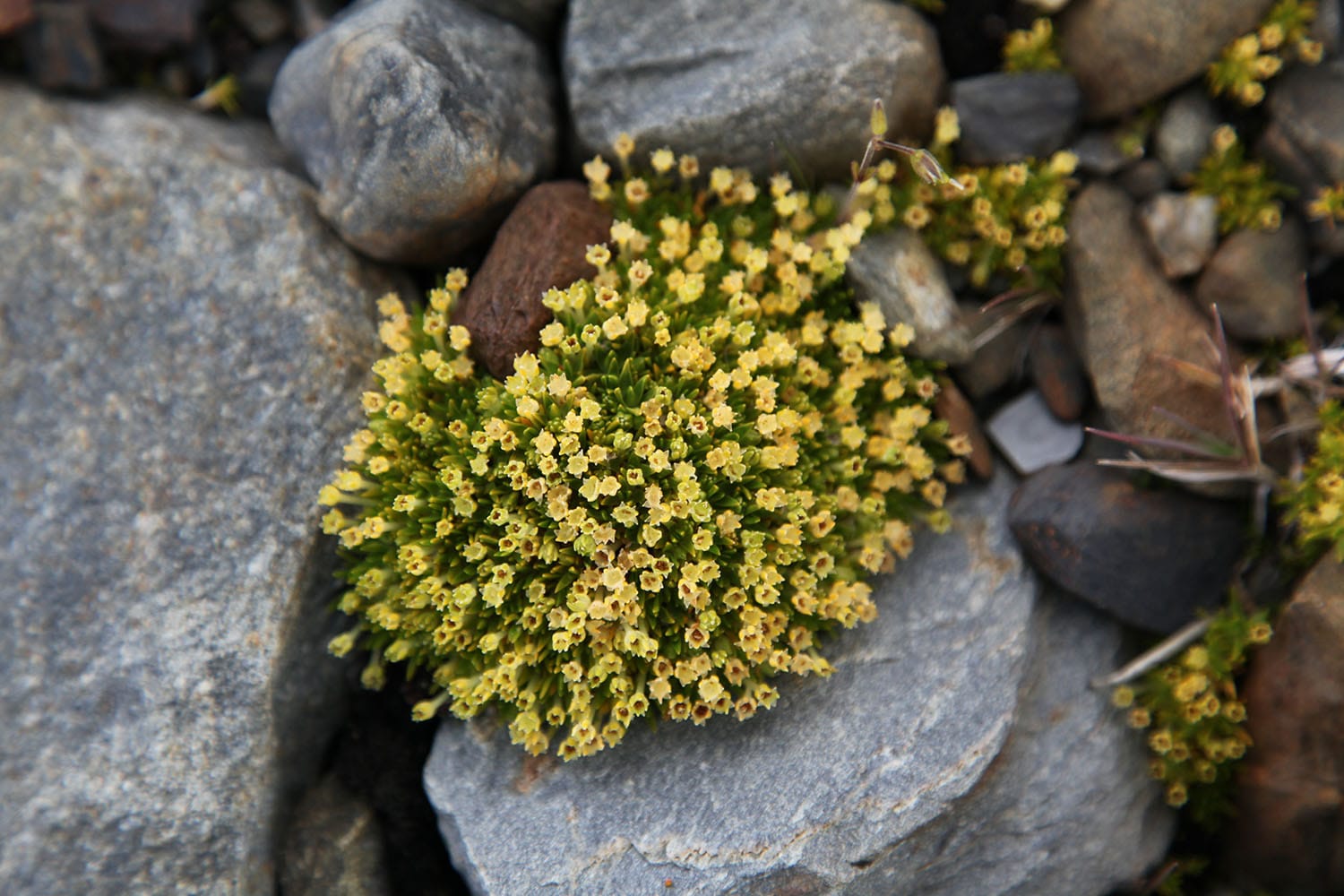 Antarctic Pearlwort is one of two flowering, vascular plants in Antarctica, which can be found along the Antarctic Peninsula, South Shetland Islands and the South Orkney Islands.

Antarctic hair grass can be seen around the Antarctic Peninsula, again in rocky areas, where little tufts of grass poke through the stones. It not only deals with the harsh Antarctic climate but also penguins since it grows in the areas those penguin colonies frequent. In winter, it loses its colour but still survives the very cold temperatures. It is strengthened by its deep root system that secures it to the spot and helps it to absorb what nutrients there are from the ground. 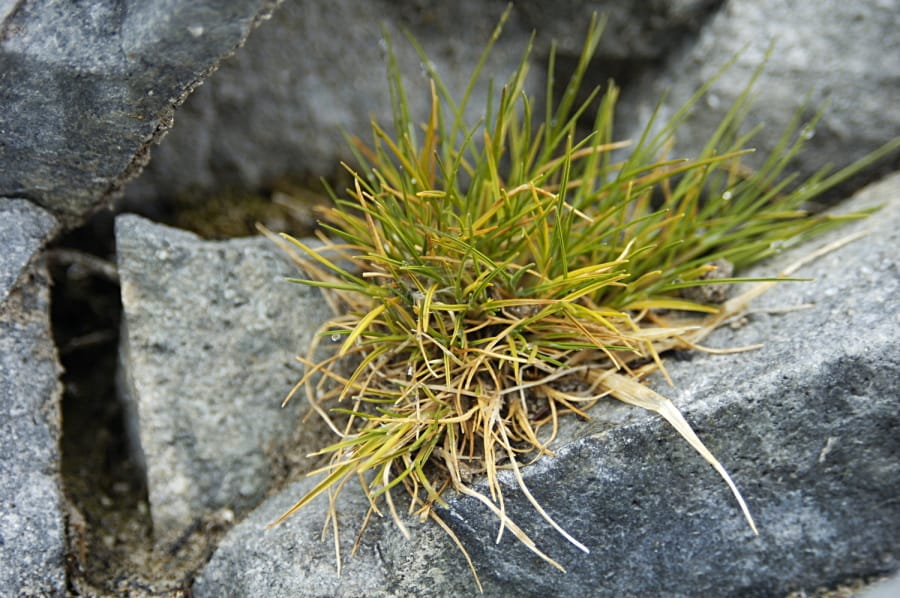 The other of the two flowering plants found in Antarctica. It can be found along the Antarctic Peninsula in small clusters.

Other Non-Flowering Plants In Antarctica

Other non-flowering plants in Antarctica are mainly non-vascular, which means that they don’t have a root system, like the ones above. So these are lichens and mosses. Scientists have calculated that the Antarctic is home to more than 700 species of Algae, 250 species of lichen and around 100 mosses. The majority are on sub-Antarctic islands where they take advantage of the moist, but still harsh, climate.

How Plants Came To Be In Antarctica

It is thought that the origin of Antarctic plants started when Antarctica was part of the same continent as Australia, Africa and South America. When the continents split apart and Antarctica was formed, it moved south towards the South Pole. Plants were already on this piece of land when it was part of a warmer supercontinent with Australia, Africa and South America. When it drifted, however, many of the resident plants didn’t survive the drop in temperature. Researchers have found fossilized plants that point to the fact that Antarctica was a lush green land before the big drift south. The plants mentioned above were the hardy ones that survived and adapted in order to thrive.

Antarctica is a fascinating land to visit. It is one of the world’s last wildernesses. It is even more interesting when you consider its origins and the harsh climate, which combine to create a truly stunning and peaceful place to experience.

Visit us at expeditionsonline.com to find out about travelling to the Antarctic. It is a destination of endless beauty.