This is a once in a lifetime adventure for wildlife enthusiasts and photographers alike. Antarctica is the land of penguins, seals, whales and icebergs. As we sail to South Georgia from Elephant Island, we follow in the footsteps of the heroic polar explorer, Shackleton. Penguins rule South Georgia. They number in the hundreds of thousands and carpet beaches as far as the eye can see. It is home to the greatest concentration of wildlife on Earth and the final resting place of Shackleton. The Falkland Islands are ruggedly beautiful, with their spectacular array of birdlife, flora and fauna

Use Promocodes EVD15, EDV20 or EDV25 at the time of booking.  Contact us to reconfirm actual cabin availability!

This is the an incredible journey of discovery, and one that will be etched in your memory forever 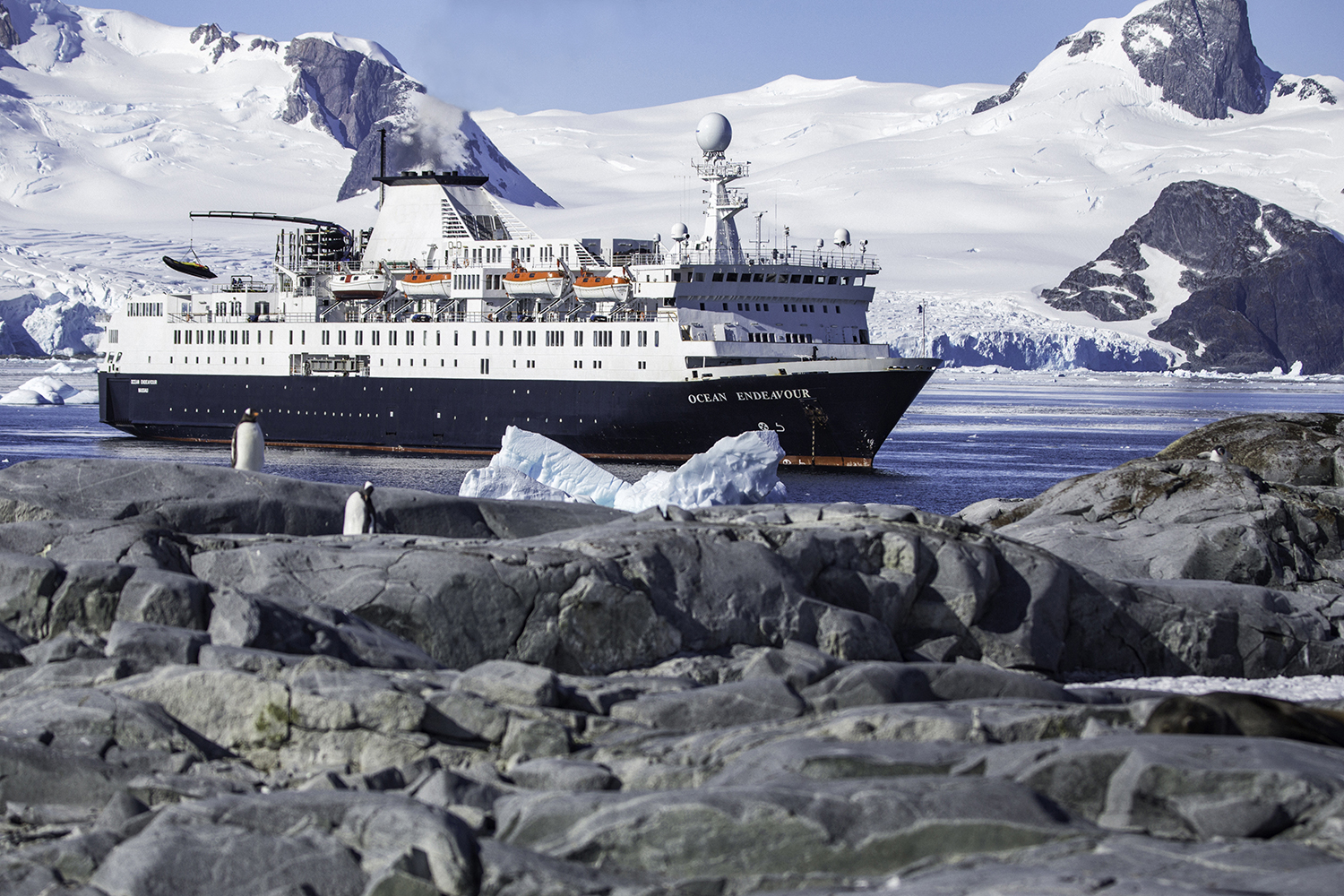 The Ocean Endeavour is an extremely well-appointed expedition ship expertly engineered to explore Antarctica. Carrying up to 199 guests, the ship offers a superb guest experience with a nautical lounge, two restaurants, sundeck, and plenty of deck space for observation of polar landscapes, and lounges for learning and reflection. 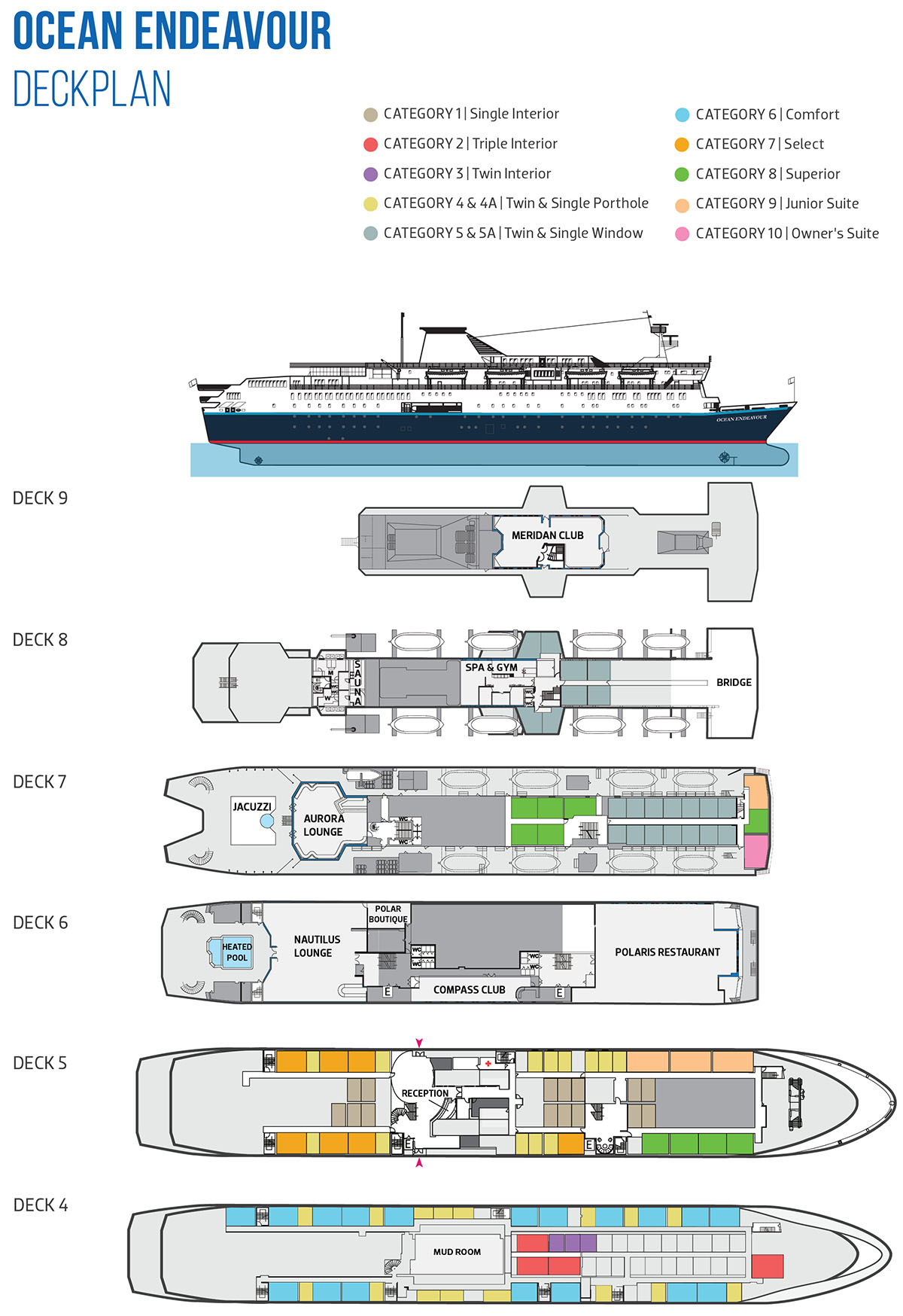 Included
Excluded
Deposits Reservations require a deposit of USD2000/EUR1700/GBP1600/AUD2900/SEK20000 at the time you receive a booking confirmation from Expeditions Online. A payment link will be sent to you and this may be paid by major credit card or you may pay by wire transfer in your selected currency, USD, EUR, GBP, AUD or SEK. Bookings within 120 days of departure require full payment. Final Payments Balances are due 120 days prior to departure. Cancellations All requests for cancellation must be received in writing to Expeditions Online. Cancellations received 180 days or more prior to departure, are refunded less a fee of US$ 1250, AU$1600, £830, €1100 per person. If cancellation is received between 179 days and 120 days, the full deposit is forfeited. If cancellation occurs less than 120 days prior to departure, all payments are forfeited. If full payment has not yet been received, the full penalty will still apply and any unpaid balance is due immediately. We strongly recommend that you obtain adequate trip cancellation insurance. Booking Terms Please read carefully the General Booking Conditions for Expeditions Online. This voyage is operated by The Antarctic Cruise Company and you additionally travel under their terms and conditions as the operator as well as of the Shipping Company/transport carrier. Details will be forwarded to you at the time of booking.