What’s Going on in the Arctic at this Time of Year?

What’s Going on in the Arctic at this Time of Year?

At this time of year, the changes in weather make visiting the Arctic much easier, safer, and more enjoyable, so almost all tourism in the Arctic occurs in the summertime.

Last month we were looking at Fun Facts About The Arctic, as there is so much to write about we are now looking at the best times to visit!

Most people know that the Arctic is an incredibly cold region circling the North Pole. When we think of the Arctic, our minds conjure images of ice and snow and blizzards as far as the eye can see, so many people forget that it has a summer season. In fact, due to the Earth’s tilted axis, the seasonal changes in the Arctic in the summer are more extreme than anywhere else in the world. These changes make visiting the Arctic much easier, safer, and more enjoyable, so almost all tourism in the Arctic occurs in the summertime. This blog post will look at the conditions in the Arctic summer, looking at the daylight hours, the temperature, how long the summer lasts, and the different kinds of wildlife you can expect to find on our various Arctic cruises. 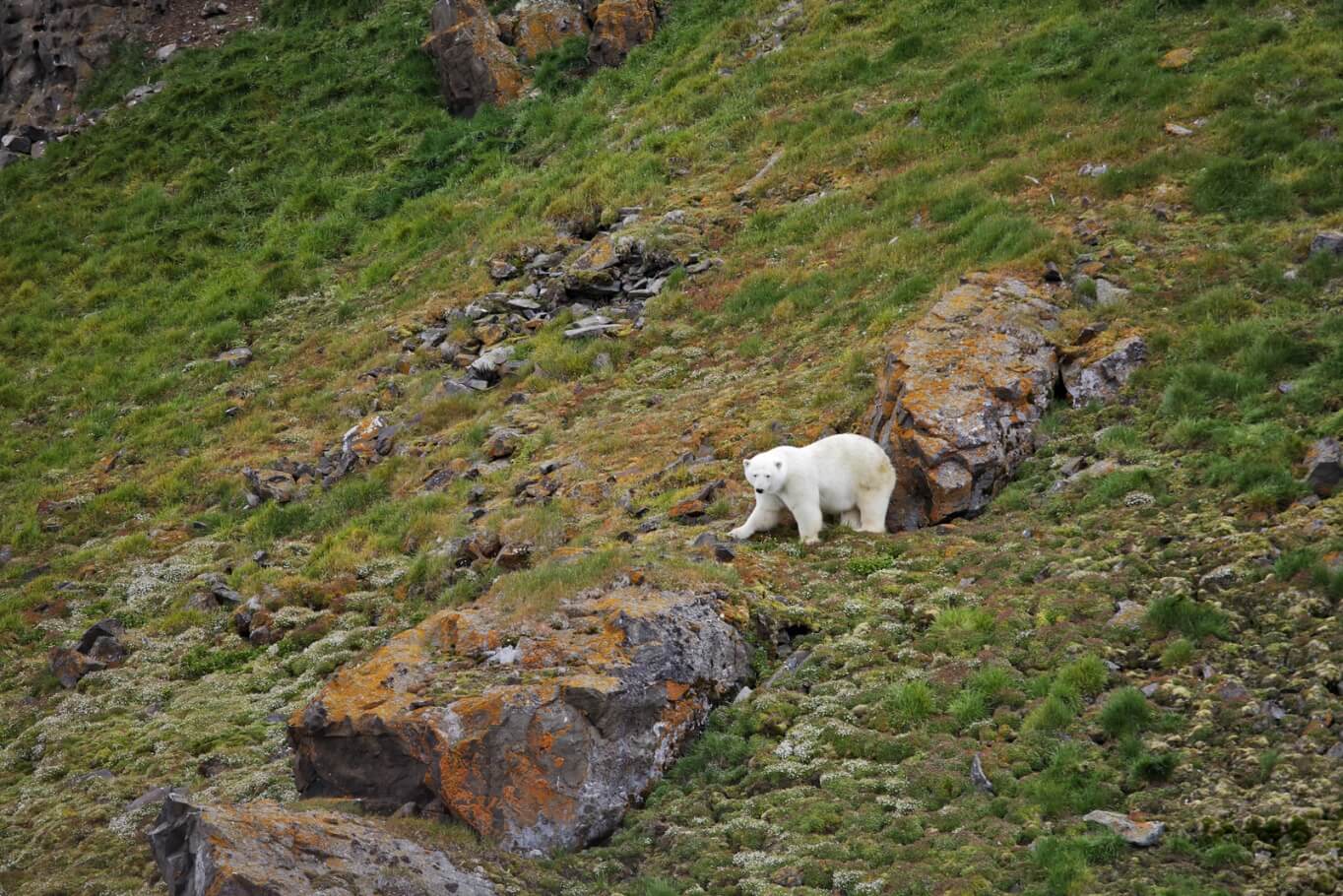 Why We Only Travel to the Arctic in Summer?

We only travel to the Arctic in summer because the Arctic winter is much too cold and treacherous. Unless you’re a scientist who needs to be in the Arctic during the winter, it’s always best to stay away. The summer offers us a small window of more moderate weather with which to venture into this extreme environment, and the payoffs are huge, with incredible scenery, landscapes, and wildlife.

Temperature in the Arctic Summer

Summer in the Arctic varies from year to year, and from area to area. Although the temperatures often don’t reach much above 0°C (32°F), they are considerably warmer than in the winter months — which can often dip to as low as −40 °C (−40 °F). So, whilst 0°C (32°F) might not seem warm, it’s a drastic difference from the bitterly cold winter.

Daylight in the Arctic Summer

Due to the planet’s tilted axis, the Arctic in summer is the brightest place on Earth. At the North Pole, there is sunlight all-day-long until the Summer Solstice on June 21st. As you get further south from the North Pole, the hours of summer daylight drop a little, but places like Svalbard, Canada, and Iceland (which is just outside of the Arctic circle) still stay bright after midnight. For visitors, sunlight at 2 am can provide a surreal, uncanny experience and it’s just one of the many captivating details that make the Arctic such a wonderful place to visit. 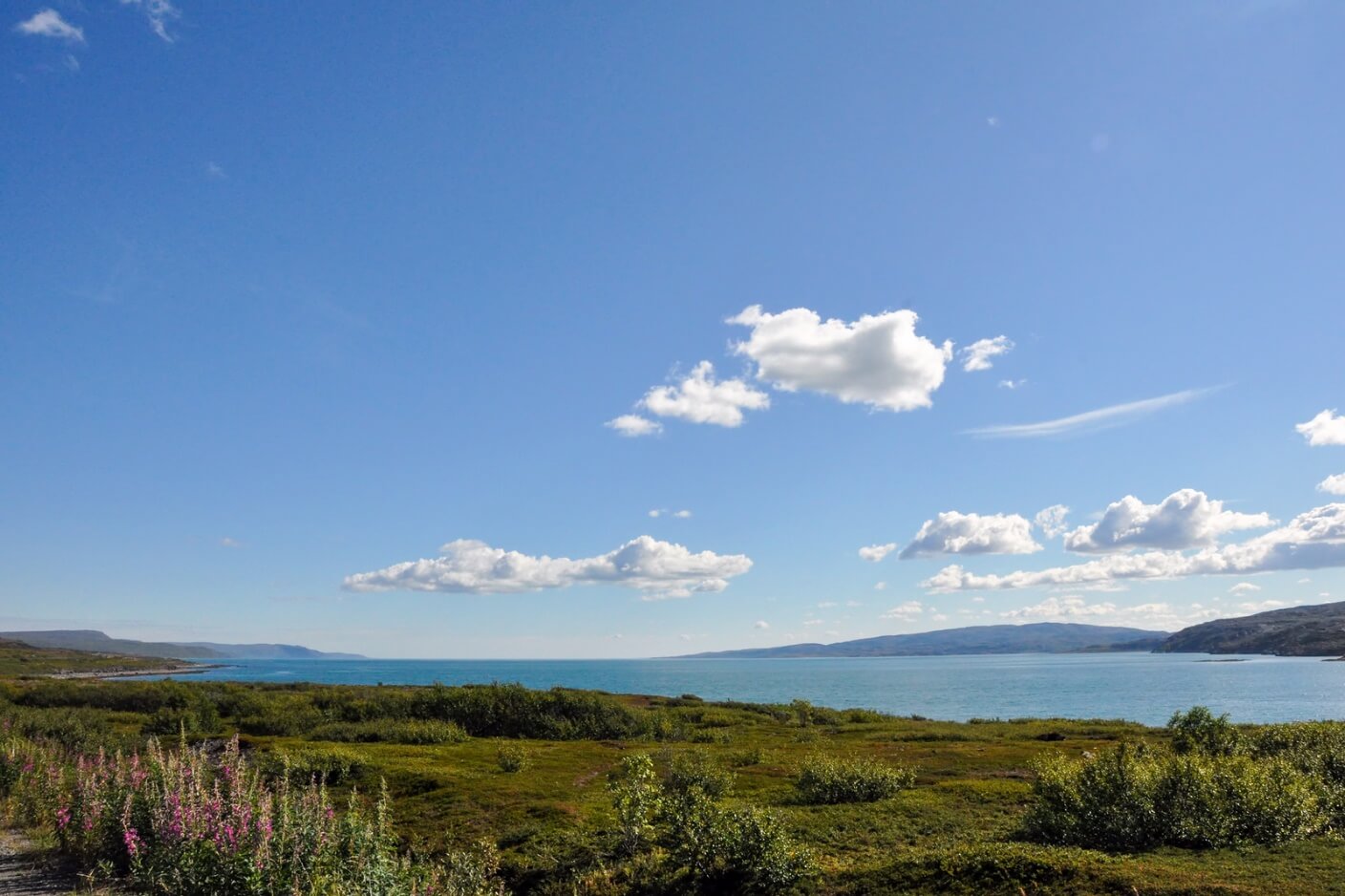 How Long does the Arctic Summer Last?

The sea ice absorbs much of the Sun’s rays, which means that the Arctic only starts to warm up in June. This warming-up process is relatively quick, however, so visitors during this time may even notice a significant difference in temperature and in the landscape during this time. However, the Arctic also cools down again just as quickly, with temperatures dropping rapidly in August and September. Some might say that summer in the Arctic occurs from June to August, but it often feels like summer occurs from mid-June to mid-August, lasting just two months. Of course, the average temperature and conditions change from year to year, so we can only predict how the following year is likely to play out. For example, this year had the hottest Arctic winter on record, and it’s likely that the other seasons might behave a little differently as a result.

Does it Snow in the Arctic Summer?

The quick answer is yes. Much of the precipitation in the Arctic circle falls as snow — even in summer. However, the further south you travel, you will often find rainfall in northern Alaska, northern Canada, and Northern Russia.

The unique wildlife is one of the main reasons people choose to visit the Arctic. A range of incredible animals come out to enjoy the milder summer temperatures, so no visitors leave disappointed. Depending on the region you visit, you could see various whales, walruses, Arctic foxes, and polar bears. Many of our guests are particularly interested in polar bears and there’s never a better chance than in the summer months as they are prowling around, looking for enough food to get them through the harsh winter months. 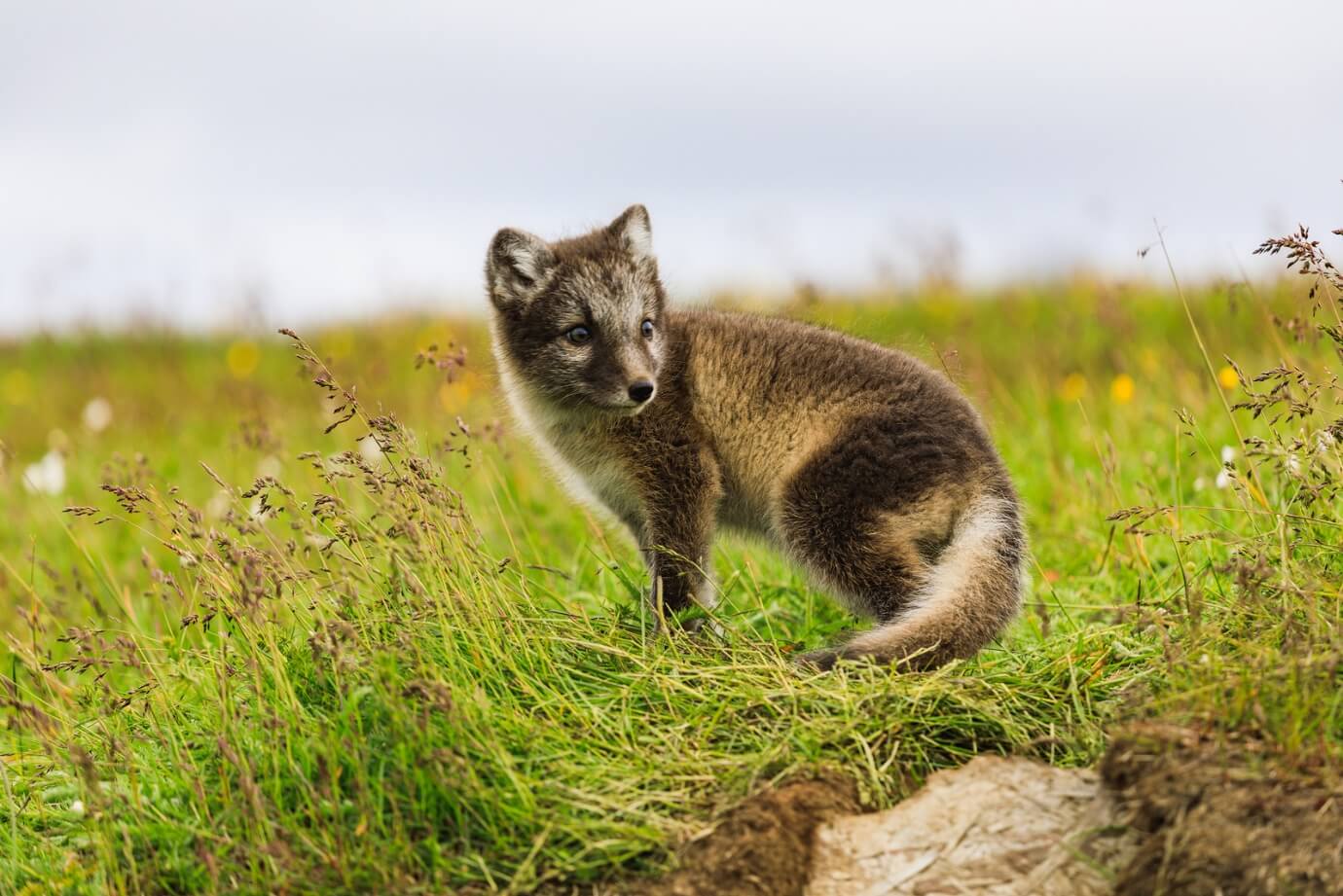 The birdlife in the Arctic in the summer is also richer and more varied than in winter. Not many birds can survive in the colder weather, so the range of birds in the Arctic has its own character. In the summertime, you may see ivory gulls, snowy owls, ravens, gyrfalcons, willow ptarmigans, and a few others. In the winter months, many of these birds migrate to Europe and even further afield to avoid the extreme winter conditions.

We hope readers now have a better understanding of the Arctic in summertime. All of our Arctic cruises take place in the summer and if you have any questions about our Svalbard, Greenland, and North Pole cruises, or any of our numerous Arctic tour locations, please don’t hesitate to get in touch. Start planning your big Arctic adventure with Expeditions Online!