Deception Island is an active volcano located in the South Shetland Islands, to the north of the Antarctic Peninsula. This island of fire and ice is one of the most spectacular places to visit on an Expedition Cruise to Antarctica.

Deception Island is an active volcano located in the South Shetland Islands, to the north of the Antarctic Peninsula. A unique and fascinating polar destination comprising ash-layered glaciers, steaming beaches, and barren volcanic slopes, this island of fire and ice is one of the most spectacular places to visit on an Expedition Cruise to Antarctica. 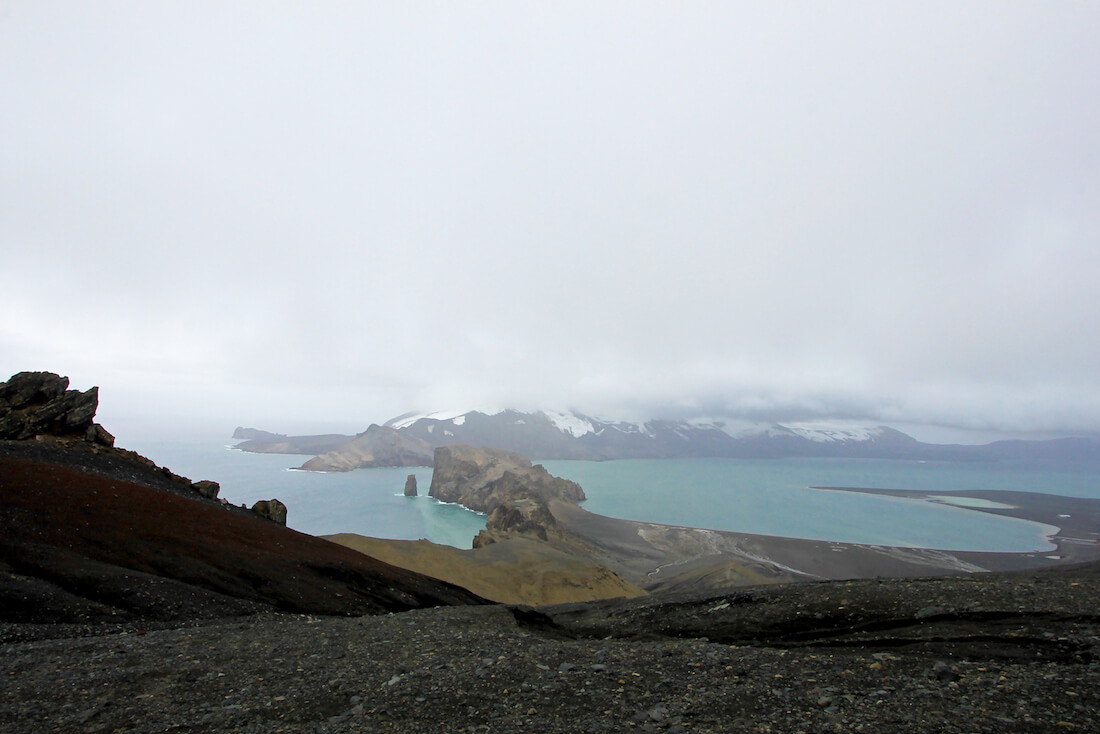 What is Deception Island?

Formed in a distinctive horseshoe shape, with a huge flooded volcanic crater (caldera) in the centre, Deception Island is one of the safest and most sheltered natural harbours in Antarctica. It is also one of the few places in the world where ships can sail directly into the middle of a restless volcano, thanks to the narrow channel of Neptune’s Bellows, which opens to the sea on the southeast side of the island.

Due to the incredible geology and phenomenal landscape of this cauldron-like island, it is one of the most popular tourist destinations in Antarctica. It is also a base for two scientific research stations, which focus on volcanic monitoring, geothermal activity, benthic studies, and the general ecosystem of the area.

Landscape and Climate of Deception Island

Rising 539 metres above sea level, with a diameter of 15km, the total land area of Deception Island is 98.5 km². More than half of the island is covered by glaciers. There are countless temporary springs that flow toward the outer and inner coasts, with the horseshoe formation of rugged hills serving as the island’s principal drainage divide. 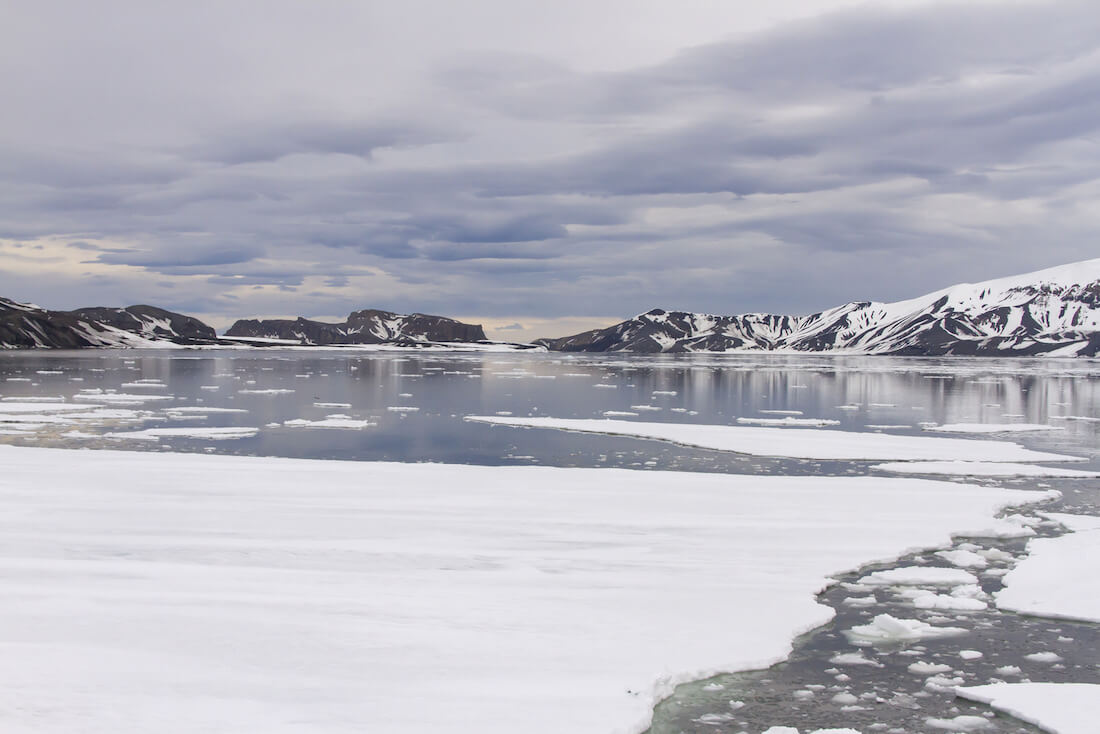 You will also find a number of lakes on the interior side, including the geothermal lagoon of Kroner Lake, which is the only one in the whole of the Antarctic. If you’re feeling brave enough, Whaler’s Bay and Pendulum Cove are two popular tourist spots on Deception Island where you can enjoy a soothing thermal bath amidst black sand beaches and ice-laden mountains—an odd but fantastic experience!

Temperatures in Deception Island range from +11°C to -28°C, with an average annual temperature of -3°C. However, temperatures as high as 70°C have been recorded in the extreme micro-climates around the island’s steaming fumaroles and geothermal waters.

Although sparse, Deception Island has exceptional flora—notably the largest known group of the flowering Antarctic pearlwort (Colobanthus quitensis), and the unique communities of plants that grow in the island’s geothermal areas. There are also at least 18 species of moss on the island that have not been recorded anywhere else in the Antarctic.

If you’re a fan of penguins (who isn’t?), you’ll be delighted to know that Deception Island is home to the world’s largest breeding colony of Chinstrap Penguins. You’ll see them waddling about all over the place, particularly at Baily Head on the west side of the island. They are a big hit with all the tourists! 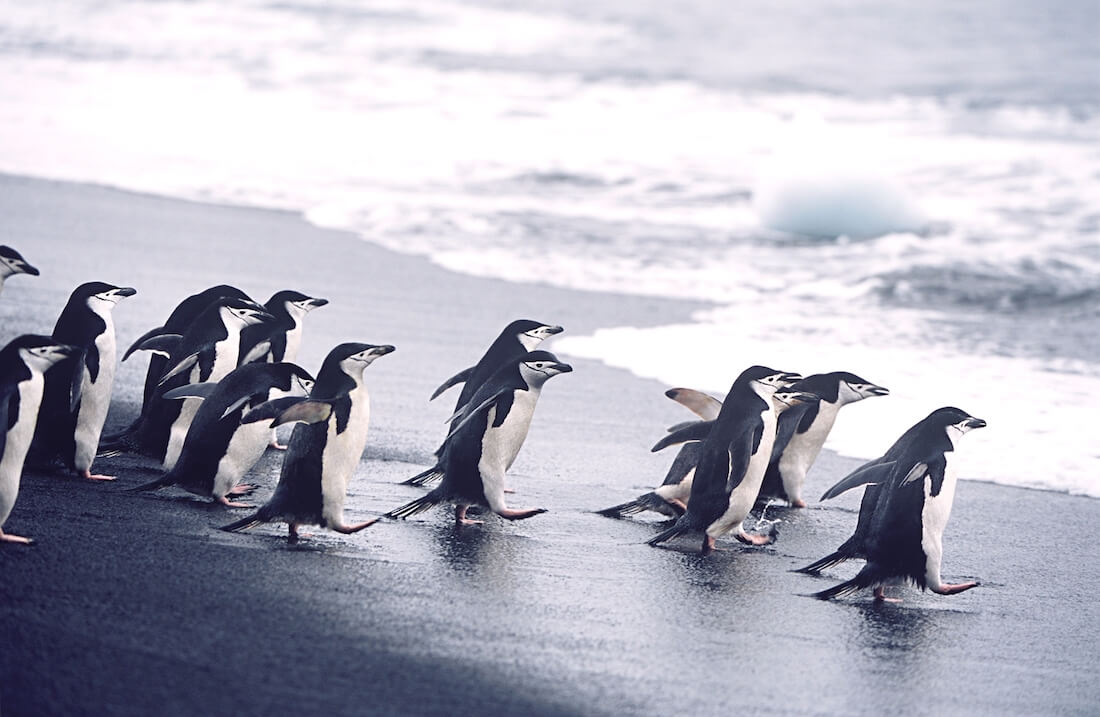 At Expeditions Online, we have a number of small ship Expedition Cruises to the Antarctic Peninsula, including our Classic Antarctica Cruise abroad MV Ushuaia. An ideal introduction to the White Continent, you will visit Deception Island as part of this unique and unforgettable voyage. Your Expedition Leader and the team will show you seals, whales, lively penguin colonies and spectacular seabirds, amidst the imposing mountain ranges, ice-filled channels, and beautifully shaped icebergs and glaciers of the Antarctic Peninsula and the South Shetland Islands. To find out more about our many Antarctica tours, contact us!