We are thrilled to advise that the legendary icebreaker Kapitan Khlebnikov will return to Antarctica again in October/November 2018… with four new expeditions to Snow Hill Island emperor penguin colony. This is the first time since 2010 the icebreaker has been in Antarctica and represents an unique opportunity to get in to see these amazing birds.

Announcing rare opportunity to observe one of the most spectacular sights in the wild: an Emperor penguin colony. Journey aboard the legendary icebreaker Kapitan Khlebnikov, past thick, tabular icebergs to the ice-bound Weddell Sea. This exclusive Antarctic adventure, last offered in 2010, is your chance to be a part of polar history! Imagine flying in a helicopter to the vicinity of this astounding rookery, then walking across the sea ice to come within several feet of chicks so young they’re huddling with their parents.

This is a once-in-a-lifetime experience like no other, like a wildlife documentary come to life! In fact, when the BBC and Discovery Channel decided to produce Frozen Planet, the sequel to their popular Planet Earth TV series, the filmmakers turned to this very same voyage Emperor Penguins: Snow Hill Island Safaris aboard the Kapitan Khlebnikov. This elusive Emperor penguin colony was not confirmed until 1997.

The Kapitan Khlebnikov is one the very few vessels offering aerial sightseeing flights and landings by expertly-piloted helicopters – an essential feature of icebreaker operations offering a unique perspective of the polar regions and this amazing ship working through the ice... not to mention transport to see the emperor penguins! No mincing words: this ship can practically go anywhere. Not only was it the first in the world to circumnavigate Antarctica with passengers—it did it twice.

These four new departures in October and November 2018 will approach remote Snow Hill Island in the earliest part of the Antarctic summer, before all other expeditions - when the emperor colonies are still active on the floating fast ice. The ship employs helicopters to fly in to the vicinity of this astounding rookery. Experience thousands of pairs of Emperor penguins, including chicks, in their natural habitat. It is possible to see a few chicks brooding on their parents’ feet or even several huddling together in large communal groups. It’s possible you may catch the impressive sight of a constant trail of adults walking or tobogganing in single file from the sea to the rookery to feed the chicks, and then heading back out again to hunt for more food.

Onboard experts will conduct educational and informative presentations about such things as the Emperor penguins’ biology, unique habitat and adaptive behaviour.

Prices for this unique expedition start from US$19995 per person and early reservations are essential! For more information contact Expeditions Online. 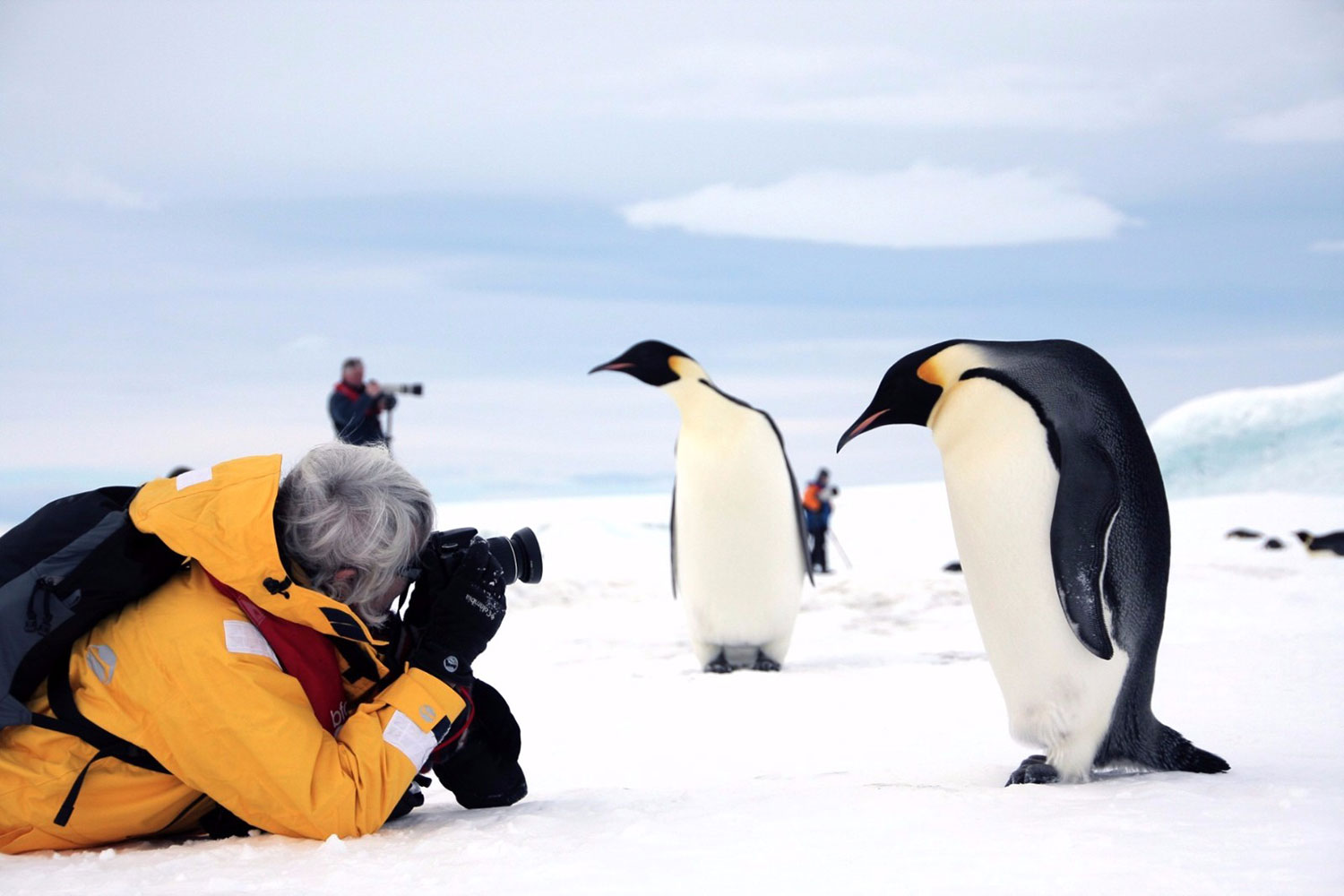