Best Time of Year to Visit Antarctica and South Georgia

Best Time of Year to Visit Antarctica and South Georgia

Visiting Antarctica and South Georgia means a significant purchase since these are large and comprehensive expeditions - a real a trip of a lifetime!

Visiting Antarctica and South Georgia means a significant purchase since these are large and comprehensive expeditions - a real a trip of a lifetime! One of the things you need to consider is the timing of the visit. There is no absolute 'best' time of the season in Antarctica and South Georgia - both places are equally wonderful throughout the summer but it depends a little on what you want to see and experience. Also, South Georgia is warmer than Antarctica with a longer breeding season for its wildlife. To help you plan a little, here’s what each part of the Antarctic season can offer the expedition traveller:

The Antarctic ‘season’ runs from October to March. Traveling outside of these months is not generally possible because the weather and the winter ice make the region inaccessible to ships. But within the season there are periods that will offer you different sights and experiences.

Experiencing an Antarctic cruise in October is a real adventure as you will be able to see Antarctica at its most white and pristine as it is the very start of the season and the winter snow cover and some sea ice will still be present. Daylight hours are already very long although there is some night and the temperature is still colder – around minus 10 in Antarctica and just above zero in South Georgia. This is a great chance to see snowy landscapes as well as pack ice, which will melt and break away later in the season. Pack ice is a great place for wildlife to rest on and for that reason offers wonderful viewing opportunities.

There are very few ships sailing in October, although this number is increasing as people realise how exciting and beautiful the Antarctic is during the early season. Especially South Georgia is brilliant at this time of year. This is the start of the mating season for penguins and seals so there will be plenty of courting activity amongst the penguins in South Georgia. Elephant seals form harems and number in the tens of thousands along the beaches as the big males jostle and joust for dominance. Fur seals too gather in the millions and as for the king penguin colonies, this is a great time to see the large fluffy brown chicks that have stayed on through the previous winter. Normally the only Antarctic voyages during this period are ones that visit South Georgia as well. 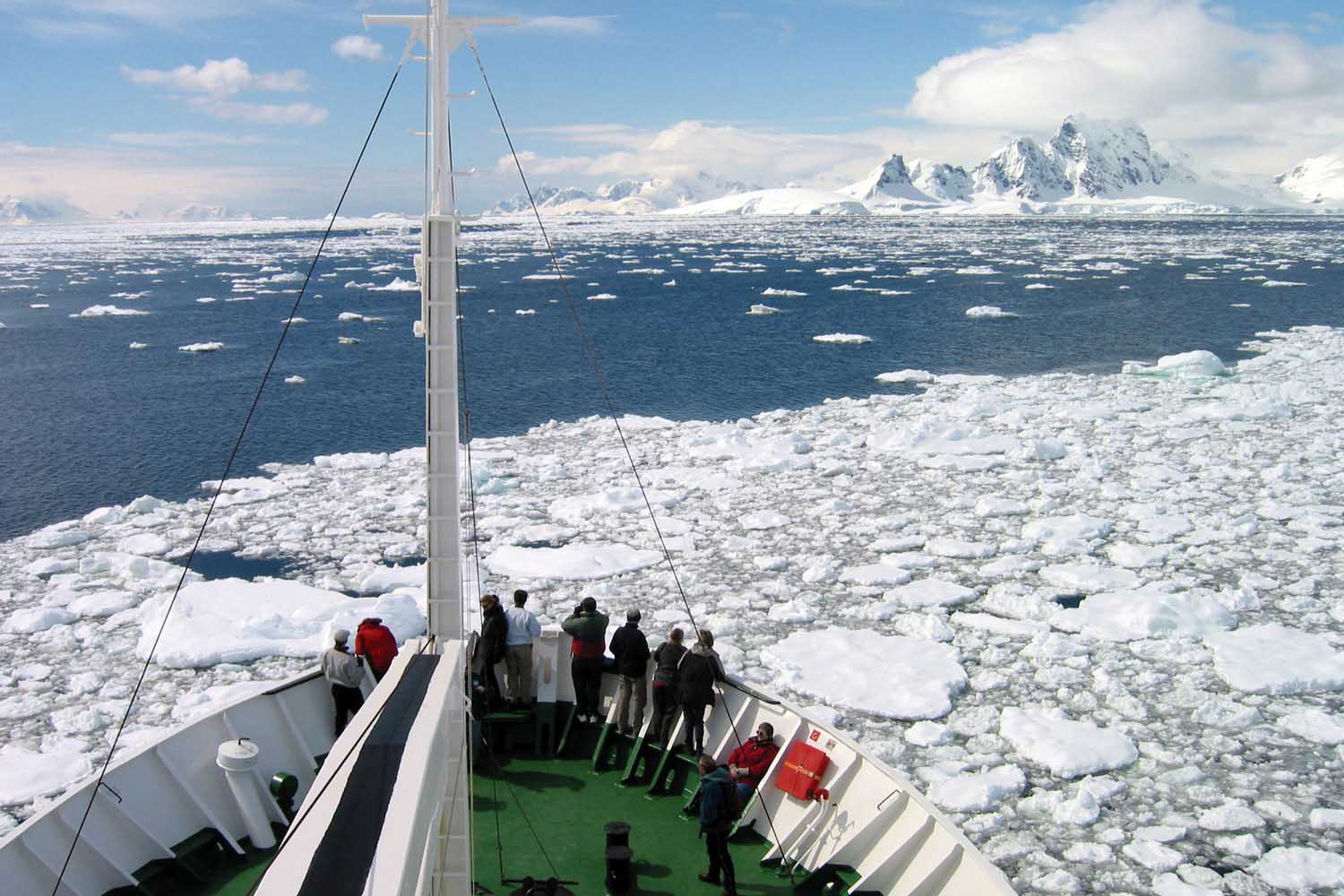 Pristine Antarctica in the early summer.

Travel to Antarctica in November is still considered the early Austral summer when the daylight hours really lengthen and temperatures begin to rise. In Antarctica, it starts to reach freezing point in the day and a little colder at night – while in South Georgia it is usually around 5 degrees but still can snow sometimes. There is still a snowy and icy landscape – which will be at its most pristine since you will still be amongst the first visitors. There is plenty to see since the wildlife will be very busy. Penguins are building nests and laying eggs. Humpback and Minke whales begin arriving back in the region to feed and you can experience some beautiful icy sunsets before the region begins to experience almost 24 hours of daylight. Polar ice might still impact your schedules or itineraries as it is still early in the season, but you will make up for this is what you’ll experience the scenery.

During November in South Georgia, you might even be lucky enough to see newly born southern elephant seal pups, as their fathers battle on the shores for the best territories! An elephant seal fight really showcases the power of these incredible animals! Another special highlight of the early summer period is the chance to see nesting wandering albatross on Prion Island. The island closes to visitation after 15 November to avoid disturbance.

Traditionally, November and December has been a period where the prices are cheaper than the ‘high’ summer season, partly because so many people prefer to take holidays in January and February. However as more people realise how wonderful the early Antarctic summer is, the price difference is not quite as great, although January and February are still the most expensive months to visit. 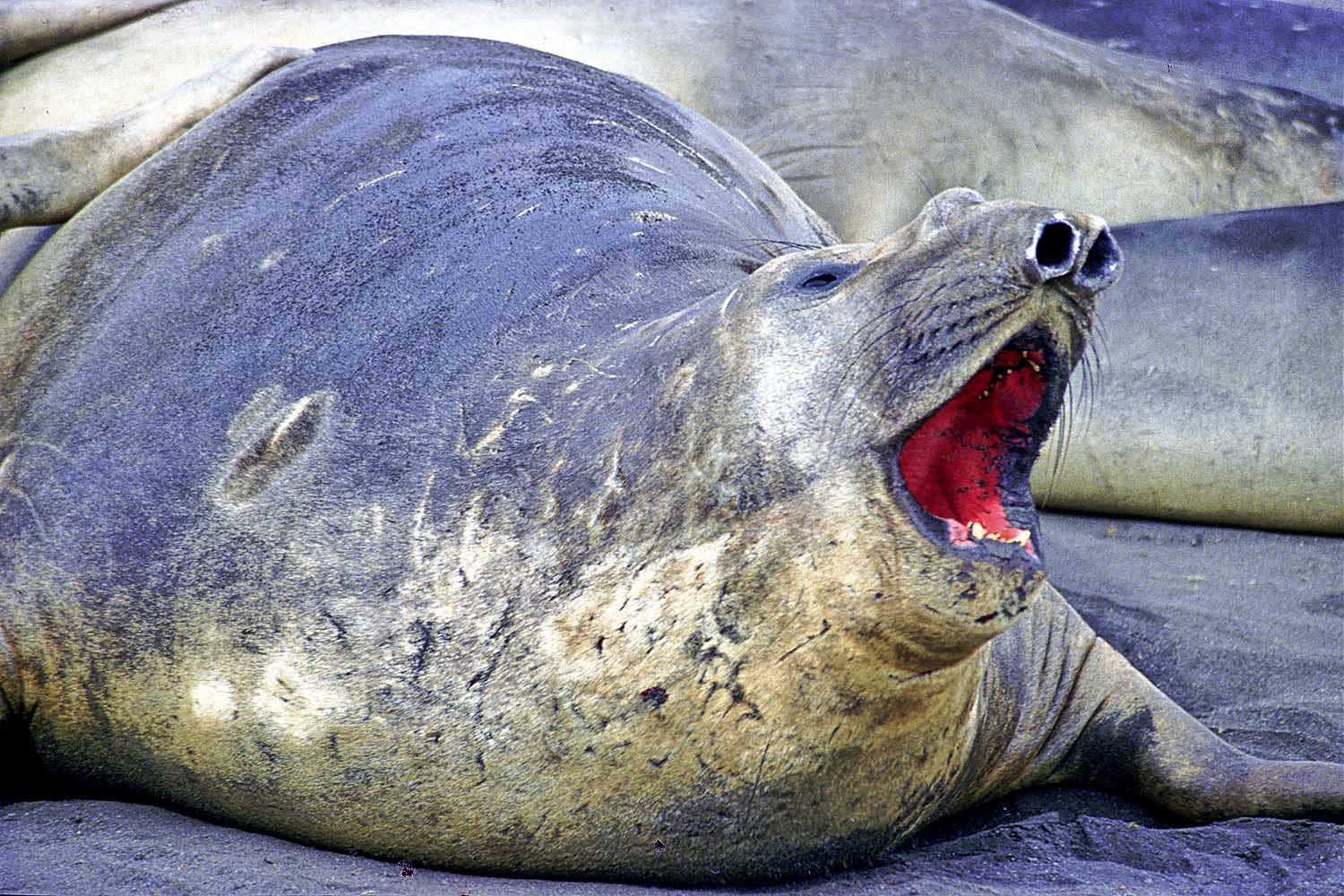 By December, Antarctic days lengthen to virtually 24 hours of daylight, depending on latitude. And the region is full of life – chicks begin to hatch and seals give birth – so there’s plenty to see if you visit Antarctica and South Georgia in December. These long days make this time of year perfect for photographers, with the stunning landscapes and plentiful activity amongst the wildlife in the region. The stunning low light in the very late evening or early morning is a must! Busy penguin rookeries and incredible ice formations provide a best of both worlds opportunity for landscape and wildlife lovers alike! Temperatures are normally above freezing in Antarctica and occasionally more than 10 degrees C in South Georgia.  To spend the festive season in Antarctica is a fabulous experience but places are in real demand, so please do plan ahead.

As you can imagine, things begin to warm up in January and the sea ice and snow cover low down really begin to melt. But with the receding of the snow and ice, there are new opportunities to be had. It is much warmer and there is still almost 24 hours of daylight as the New Year comes in, and around 20 hours towards the end of the month. Ships are able to venture further South along the Peninsula and there are often some trips that reach past the Antarctic Circle and into true 24-hour daylight.  There is plenty of wildlife to see, with all the penguins having hatched and the busy colonies are jam-packed newly hatched and growing chicks, seal pups and skuas and giant petrels circling overhead. In South Georgia, the seal pups are large and playful and some of the adults begin their moult. 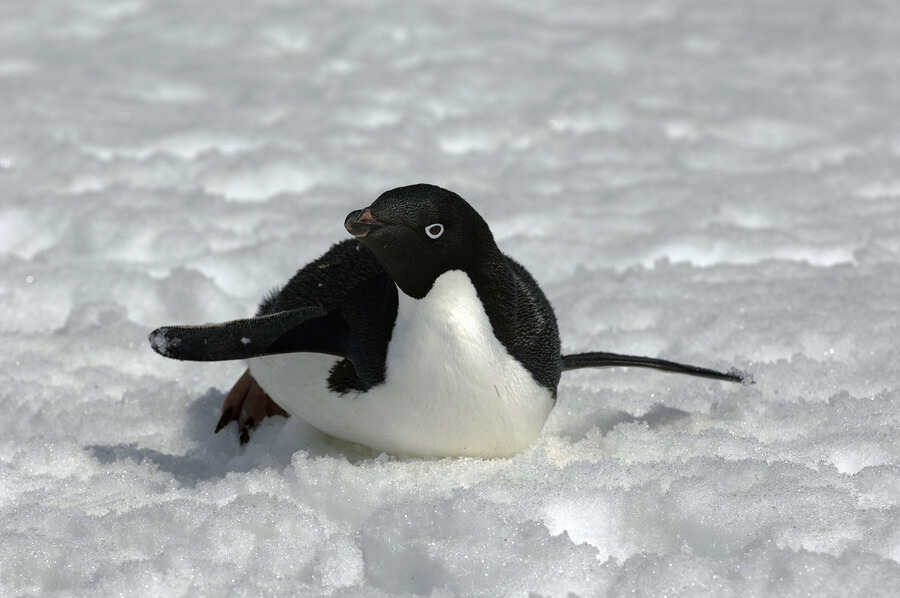 February temperatures remain warm (for Antarctica) and the sea ice is at a minimum. This is a perfect period for explorations past the Polar Circle and Weddell Sea, with new landing site opening up. Days are still very long but there is night again, with around 16-20 hours of daylight depending on latitude.  Late summer is arguably the best time of year for whale watchers to visit Antarctica as most of the whales have made their way back for the season and are busy feeding. It is possible to catch sight of blue, orca, minke, sperm and humpback whales here. Fur seal sightings are more common at this time of year, with the playful pups' curious and inquisitive nature providing perfect photo opportunities!

The tourism season reaches its close in mid to late March. Daylight hours reduce and the temperature starts to fall. If you are lucky, you may see new ice forming on the sea surface, so-called ‘grease ice’ or ‘pancake ice’. March is a fantastic month for whale watching, with these marine giants well-fed after the Antarctic summer and quite relaxed and approachable in the water. There are still plenty of penguins, but the chicks are grown up and they all begin their moult and lose feathers at this point in preparation for the return to sea and harsh winter ahead. It makes for some comical photos of their ‘mohawk hairstyles’! March is a good time to retrace the route of Shackleton across the inland of South Georgia.

Every month offers something different and wonderful for visitors to the Antarctic and South Georgia. Hopefully this post has helped you understand a little more about what you see at different times of year when you visit  Antarctica and South Georgia . If you would like more information on travel to the Antarctic contact us, the polar experts, Expeditions Online. We specialise in cruises and expeditions on small ships to some of the planet’s most remote and amazing travel destinations.