A total solar eclipse occurs only every 1-2 years, and to witness it in Antarctica is without doubt a rare occurrence. On this unique voyage, you will visit Antarctica and experience the incredible white continent in late spring, photograph glistening icebergs, witness thieving Adélie penguins stealing one another’s stones during nest-building, and orca whales hunting in packs. It’s a wonderful time to kayak and to snowshoe while the snow is still pristine

Booking Request Enquire
Perched in a favourable position, we hope for clear skies and favourable weather conditions to witness the full solar eclipse. The eclipse we hope to see in Antarctica is a total solar eclipse, which is only visible from a small area on Earth. Those who are able to see the total eclipse are in the centre of the moon’s shadow when it hits Earth. A total solar eclipse is in itself special, but to possibly experience it in Antarctica is truly a once-in-a-lifetime event. Enjoy thrilling Zodiac cruises amongst sea ice and icebergs in the Weddell Sea.

In South Georgia, a wildlife hotspot unlike any other, you will encounter elephant and fur seal beachmasters aggressively defending their harems from younger competitors, young wandering albatross test their enormous wings on their maiden flight, walk amongst some of the largest king penguin colonies on Earth and listen to their trumpeting mating calls. For the adventurous few, retrace the steps of Shackleton, Worsley and Crean’s epic alpine crossing from King Haakon Bay to Stromness. Stop in historic Stanley, Britain’s remote outpost, on our return to Ushuaia.

In true expedition style we encourage exploration and adventure, offering flexibility in challenging environments in a way that puts you among the action to see and do as much as possible. This itinerary is only a guide and subject to change due to ice and weather conditions.

A voyage for those of us inspired by Shackleton - an incredible chance to visit key places from his heroic expeditions! 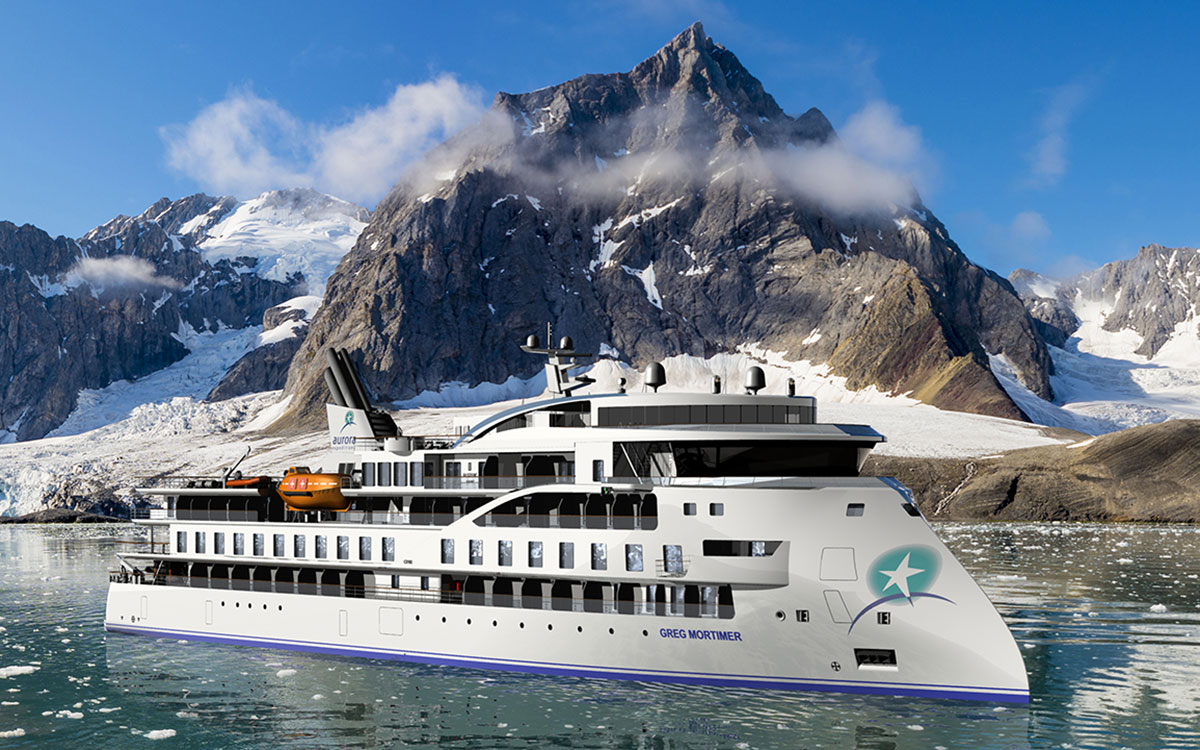 This state-of-the-art 104-metre ship is a purpose-built expedition vessel for just 120 passengers, to be launched in 2019. Capable of negotiating the strongest winds and waves, the Greg Mortimer is built to world-class polar standards – designed in close consultation with expedition specialists. The Greg Mortimer redefines expedition cruising for the future. Not only can the ship contend with the most adverse weather conditions, its added creature comforts make for a more enjoyable journey out on the open ocean. As a modern and custom-designed ship, the Greg Mortimer is at the cutting edge of nautical technology. Robust, powerful and built with guests in mind, this ship marks a significant investment in expedition capabilities. From the European Arctic to the depths of Antarctica, and other far-flung destinations in-between, the Greg Mortimer will make your journey a breeze!

Included
Excluded
Prices and Share Policy Prices quoted are per person in US$, based on twin-share. Single occupancy is 1.7 times the twin share price. No single travel fees apply if you are willing to share your cabin (triple & twin cabins only). Fuel surcharge may apply in the event of significant fuel price increases. No refund for unused services. Deposits Reservations require a deposit of $1250 per person at the time you receive a booking confirmation from Expeditions Online. A payment link will be sent to you and this may be paid by major credit card. Bookings within 90 days of departure require full payment. Final Payments Balances are due 90 days prior to departure. You will be invoiced at the appropriate time. Balance payments can be made by bank transfer or on request by major credit card, subject to a 2% surcharge. Cancellations All requests for cancellation must be received in writing to Expeditions Online. Cancellations made before 90 days of voyage departure are subject to a non-refundable deposit of $1250, however your deposit may be transferred towards a different voyage on board Polar Pioneer at a fee of $250. Transfers are subject to availability and are only valid on voyages that depart within 12 months from date of transfer. You must pay the difference between the original booked price and the price of any transferred booking including the new deposit amount. If cancellation occurs less than 90 days prior to departure, you will be required to pay for the full cost of the trip. We strongly recommend that you obtain adequate trip cancellation insurance. Booking Terms Please read carefully the General Booking Conditions for Expeditions Online. This voyage is operated by Aurora Expeditions and you additionally travel under their terms and conditions as the operator as well as of the Shipping Company/transport carrier. Details will be forwarded to you at the time of booking along with a separate Booking Form.